Bank Negara assistant governor Adnan Zaylani Mohamad Zahid said the central bank had no intention of extending the moratorium as that would have repercussions that the bank would want to avoid.

That is the simplest hypothesis to explain the hike in NPLs especially in times of crises.

NPL occurs when the borrower is in default continuously between three and six months after failing to make any scheduled payments of principal or interest.

Under the current situation, it is not only NPLs that is in the spotlight. The risk of loan loss provisions increasing and a possible spike in gross impaired loan ratios have also put banks in a tight spot, causing rating agencies to downgrade the banking sector’s ratings globally.

With the intention of reducing NPLs induced by job losses and salary reduction due to the pandemic, the government announced a blanket loan repayment moratorium for six months effective from April 1 under the Prihatin Rakyat Economic Stimulus Package.

According to the Finance Ministry, the moratorium given by financial institutions was estimated to be valued at RM51.4bil as of July 6, which was about the halfway point.

Early this month, Bank Negara assistant governor Adnan Zaylani Mohamad Zahid said the central bank had no intention of extending the moratorium as that would have repercussions that the bank would want to avoid.

Some might think, why can’t banks extend the moratorium to help their clients?

If they do, should it be a blanket extension or targeted?It is important to note than a stable banking sector is important for the country’s recovery and we do not want a repeat of the situation faced by the United States during the sub-prime crisis from 2007 to 2010.

A slow recovery for the financial sector post any financial crisis would trigger another credit crisis, such as what has been triggered in the US due to the Covid-19 situation.

‘Case-by-case’ approach: A global moveAs a blanket extension of the moratorium would put additional pressure on the financial system as cash flow is disrupted, banks globally have adopted a case-by-case approach, taking into consideration the economic impact on its borrowers.

Below are examples of approaches taken by some countries:

Singapore: Pre-empting a potential tide of defaults from affected borrowers, Singapore’s central bank offered loan relief for individuals and companies. Individuals can apply to their banks to defer both principal and interest repayment of residential property loans until Dec 31,2020. Small and medium enterprises can defer principal payments on secured term loans also up to the end of the year.

United Kingdom: Several banks in Britain have offered repayment holidays on mortgages and loans in an effort to stem a potential tide of defaults from borrowers affected by the Covid-19 crisis.

Italy: It announced in early March that it would suspend all mortgage repayments across the nation, as the country went under lockdown to contain the Covid-19 outbreak. Italy’s banking lobby group ABI said lenders would offer debt holidays to small firms and families.

United States: The two mortgage giants Fannie Mae and Freddie Mac have instructed lenders to grant their customers more flexibility in either lowering or halting home loan repayments for up to 12 months.

Prolonged impact on the banking sector

In April, Bank Negara governor Datuk Nor Shamsiah Mohd Yunus said while banks were under unprecedented pressure, the sector was expected to be able to withstand it as they had a strong capital position, above regulatory requirement.

According to Bank Negara’s Annual Report 2019, the capital buffers of banks as of February 2020 stood at RM121bil while those of insurers stood at RM23.6bil at the end of 2019.

These buffers were in excess of regulatory minima and more than double during the Global Financial Crisis in 2008, enabling banks, financial institutions and insurers to dish out measures such as the six-month moratorium as well as assistance for households and businesses.

However, after almost six months now and with a moratorium in place, the capital buffers could have been weakened if the banks have drawn them down.

AmBank chief economist Anthony Dass said the blanket six-month moratorium had given ample time for borrowers to restructure their finances and the next phase should be targeted moratorium.

“No cash flow to banks for a longer period would result in a prolonged cash gap which will affect banks’ financial liquidity. This will also leave an impact on their direct income as well as net interest margin, ” he said in an interview with Bernama.

While some banks have said they will not extend the moratorium period beyond six months, others have announced that they will provide moratorium on a targeted basis.

Targeted basis involves those who have lost their job due to the pandemic or have experienced a pay cut in the process, causing them to face financial difficulties in servicing their loans.

However, for those who are still employed and receiving a salary on a regular basis, the moratorium for them would end on Sept 30,2020, and payments resume in October.

According to statistics, the total loans repaid to the banking system had shown a decline since the moratorium took effect.

Total loans repaid by the household sector, meanwhile, showed a 50% reduction from RM31.1bil in January to RM16.3bil in May.In a tough spot: Reassess your finances.

Bank Islam chief economist Afzanizam Mohd Rashid said those who have financial difficulties due to job loss or income reduction should come forward and be truthful with their banks on the problems they are facing.

“We have the Credit Counselling and Debt Management Agency (AKPK) which was established under the umbrella of the central bank. It can be a mediator for borrowers who are qualified, ” he said.

He added that borrowers could also refinance and restructure their borrowings, as lower interest rates had led to less interest to be paid to the bank.

Challenging outlook for all

Unemployment is expected to rise to 6% this year, higher than the rate experienced during the 1997 and 2008 financial crisis. Financial constraints would be a bane for many as the economy is facing a possible recession.

This prompted the Monetary Policy Committee (MPC) of the central bank to reduce the OPR to 1.75% on Tuesday, a record low since the floor was set in 2004.

While some analysts believe that there is room for another cut to 1.5%, some believe that the base rate would stay until the end of the year as the economy has started to reboot post Covid-19.

The MPC also correspondingly lowered the ceiling and floor rates of the corridor of the OPR to 2% and 1.5%, respectively.

The committee will meet again on Sept 10 and Nov 3 this year.

“The impact of Covid-19 on the global economy is severe. Global economic conditions remain weak with global growth projected to be negative for the year, ” Bank Negara said in the latest monetary policy statement.

Bank Negara said the latest reduction in the OPR would provide additional policy stimulus to accelerate the pace of economic recovery.

As for businesses, challenges persist, especially for the services and tourism sector which could not operate at full capacity as borders between countries are still closed until further notice.

In 2018, the services sector contributed about 52.96% to the country’s gross domestic product, with tourism being the third biggest contributor after manufacturing and commodities. — Bernama 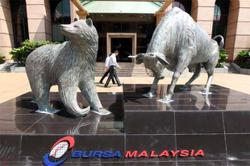 The outflow continues, KLCI under pressure 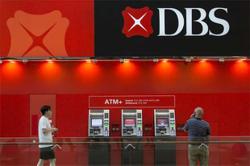