QUESTION: What do Wirecard, Luckin and Hin Leong have in common, although all three are based thousands of miles apart in Munich, Beijing and Singapore respectively?

That’s right, despite having seen numerous cases in the past with the likes of Enron, WorldCom, AIG, Lehman Brothers, Bernie Madoff and of course, our very own Transmile, the corporate world has not learnt its lessons as we continue to see scandal after scandal that rock markets and test investors’ nerves. Losses derived from these scandals are getting bigger and bigger, and is normally more obvious during trying times like an economic recession or at the height of an economic boom that has created a massive financial or stock bubble.

In the scheme of things that are related to financial or accounting scandals, it is common that they are carried out not just by one person but a host of others including third parties who are entrusted by shareholders to oversee the operations of a company.

This include potentially, not only the board of directors, but also lenders, auditors, investment bankers, regulators, employees and most often, the key management personal, especially the CEO, or other C-suite high-ranking officials.

In Wirecard’s case, the scandal was unearthed when the auditors could not locate some missing cash amounting to €1.9bil as it was trying to wrap up auditing the company’s finances for 2019. Kind of ironic when we think about it that Wirecard’s business model was in fact about transmitting monies electronically on behalf of banks to merchants as it was seen as a trusted source in the e-commerce space and yet it failed to account for its own cash.

Wirecard’s auditors in Germany, Ernst & Young (EY), had failed to obtain crucial banking information from a bank in Singapore. Interestingly, this was only revealed after Wirecard’s board actually commissioned a special audit as allegation of fraud was made by UK’s Financial Times in January. The newspaper said it suspected that Wirecard’s staff had inflated sales and profits to mislead its auditor, EY.

What was astonishing on Wirecard is how market had perceived the company. From a fintech start-up to one of Germany’s largest listed company with market capitalisation of €24bil. But despite its high profile status, short-sellers were going for the kill for years. Some of them have been shorting Wirecard since early 2000 while others at a later stage.

Even Germany’s financial regulator, BaFin, defended Wirecard against short sellers by investigating them on the grounds of market manipulation. Short sellers on Wirecard were confident that something was amiss on its financials and hence they were daring enough to take on large positions. However, it was only after the FT report, that BaFin turned around and started to investigate Wirecard instead. During this time, the auditors remained silent as they had vouched Wirecard’s financial statements for the previous years and right up to 2018. According to a Bloomberg report, EY accused its client of “an elaborate and sophisticated fraud” that allowed the monies to go missing.

In Hin Leong’s case, according to a PricewaterhouseCoopers (PWC) report, the company had overstated its assets by an “astonishing” sum of more than US$3bil, which consists of US$2.23bil in accounts receivables which have no prospect of recovery and another US$0.8bil in inventory shortfalls. The oil trading giant had also fabricated documents on a “massive scale” to conceal losses of some US$800mil accumulated over the past decade.

The PWC report also highlighted that despite posting losses in the past, the company paid out dividends totalling US$90mil in FY2017 and FY2018. Founded by tycoon, O.K. Lim, Hin Leong is one of Singapore’s oldest oil trading company but the volatility in oil prices especially in the Covid-19 environment probably resulted in them not being able to withstand the pressure.

By the time the company filed for bankruptcy on April 17, it was revealed that it owed US$3.85bil to 23 lenders. Despite the financial scandal and even after it had filed for bankruptcy, its auditors, Deloitte, stood firm on the quality of its audit carried out “based on the information provided to them at the time”.

From Beijing, Luckin is another scandal that rocked investors as the coffee chain store, a.k.a. China’s Starbuck, after an internal investigation, revealed that the company’s revenue and expenses were inflated. Its co-founder and Chairman, Charles Zhengyao Lu, had pledged shares of the company for a margin facility amounting to US$300mil and as the scandal unfolded, its share price collapsed. Luckin, founded just three years ago and deemed as one of China’s brightest young start-up, raised some US$645mil in its US initial public offering last year and was aggressive in its expansion programme. The company had also dismissed its CEO, COO and some other employees reporting to the C-suite officers.

We all know that scandals arose due to pure greed and this greed is driven by financial interest of persons involved either via the value of their shareholdings, or in the case of Hin Leong, a pure personal interest as the company was privately owned. In Luckin, the company’s ambitious plans to take on its number one rival was perhaps the very reason for its downfall while the pledging of his shares to bankers probably provided him an added reason to falsify the accounting statements, in order to sustain the company’s share price.

Every time a scandal erupts, it is not uncommon for people to ask questions like “where was the auditor?” or “what was the auditor doing?” Whether it was Wirecard, Hin Leong or even Luckin, we cannot blame the auditors entirely for financial scandals as there are more hands in play to conceal facts, documents, evidence.

It is not an auditors’ job to do a 100% audit of a company but, of course, if there are reasonable ground to be suspicious of the accounting practices, the auditor is required to probe further to gain assurance of the company’s financial statements. The question is then, how can we avoid such scandals occurring time and again?

Governance and independence are keys

Auditors are paid by the company and so are the board of directors. Globally, this has been the practice but in order to move away from “dependence” of a particular audit job and the fees that come with it, there needs to be a change. Auditors play a crucial role to ensure they remain independent and if their fees are dependent on the unqualified opinion, then it is obvious their role as an auditor has been compromised.

Regulations and laws ought to be amended to have auditors to be paid out of a pool of funds managed by an independent body. The choice of auditors needs to be made by this independent body and not at the whims and fancies of a company while the duration of an auditor being engaged by a company should be restricted to a term not exceeding five years.

The audit profession has its own shortcomings as it tends to be a breeding ground for young graduates for a few years before they move to greener “non-audit” pastures. Audit firms ought to have better compensation schemes for young auditors to remain in the profession to enable them to gain more audit experience. The high turnover in the field of audit is another reason why auditors sometimes do not understand a client’s business model or as to how transactions, whether suspicious or otherwise, are carried out, resulting in accounting scandals that are not easily detectable.

New disclosure rules required for board of directors/senior management

From Enron to WorldCom and from Transmile to Luckin, there are few things we could learn. First, is in relation to the company’s financial performance and meeting market expectations. We see in these cases where companies try very hard to show sustained revenue and earnings to ensure that stock price do not collapse or pull back as there are personal interest associated to certain individuals (board members or C-suite officers) of the company. These individuals could have margin facilities taken up as they have pledged their shares to the banks.

When the market eventually finds out the truth about the affairs of the company, it is likely too late to realise what causes it in the first place. But of course, investigations later would reveal the level of personal interest associated with the scandal itself as the persons have financial interest in ensuring the company’s stock price remains elevated.

To overcome this, regulators or even the Companies Act, 2016, should be amended to ensure full disclosures are made publicly as to the number of shares that are pledged by board members as well as C-suit personnel on a quarterly basis as this will provide some guidance to investors as to the level of personal interest involved and for the auditors to be more mindful and to probe further if the situation warrants it.

Of course, the investment research fraternity ought to take stock when recommending buy calls on stocks as they are led to believe the company’s expected performance in the future by the company itself. In the heydays of stocks like Aokam Perdana and Transmile, stock price target levels were raised rapidly by analysts on the believe that the company’s fortunes are made in heaven and the shares of these companies skyrocketed before reality set in.

Driven by either rising selling prices or simply capacity expansion and demand growth, analysts do sometimes get carried away with innovative valuation models to justify a higher and higher market price each round. We saw that in the 1990s, during the dotcom bubble and even specifically on individual stocks or sectors. Sounds familiar?

In conclusion, like a pandemic, financial scandals can easily spread especially in desperate times or in times when the going is too good. Financial or accounting scandals will always be there but it is the duty of stakeholders, i.e. board members, the auditors, the regulators, the legal framework and the investment fraternity to ensure they are able to keep up with the changing landscape and to provide the check and balance much needed to protect, not only the minorities, but also the potential rippling effect to the market and financial system as a whole. 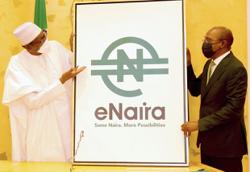