Property value: A pedestrian passes an advertisement on properties for sale in central Manchester. A Bank of England stress test suggests home values may fall 16% because of the economic downturn caused by the coronavirus. — Bloomberg

LONDON: House hunters in the UK face a tough choice: buy now and take advantage of a sales-tax break, or hold off in case the value of your new home drops in the recession.

Yet some buyers will worry that the recession, which may be the country’s worst in three centuries, could drive down the value of their property, erasing any tax savings.

Prices are already dropping, and they could fall by about 7% this year, according to a forecast published by broker knight Frank before Chancellor of the Exchequer Rishi Sunak announced the tax plan.

John Screeton, a government employee, plans to sell a home in London’s Brixton district, then buy two, one with his partner in London and a second in the seaside town of Hove for his parents.

“We have a place to sell, so I don’t want to wait too long and have the value decrease any further, ” he said.

“The only way to benefit is if we sell now, then we wait and think about buying in six or 12 months’ time, based on an assumed dip” in prices. But that strategy carries a risk.

“You don’t know how quickly the economy’s going to bounce back, do you?” he said.

Sunak’s tax relief is part of a £30bil plan to save jobs and inject confidence into the UK’s coronavirus-battered economy, which he said contracted by 25% in just two months, the same amount it had grown in the past 18 years.

Raising the threshold for the so-called stamp duty will mainly boost the middle of the UK housing market, which has been hit by reduced mortgage availability in recent weeks.

About 95% of home sales in less expensive areas in and around London will benefit, according to analysis by Zoopla. There are 28 districts in England and Wales where 90% of homes would be stamp-duty free, compared with 5% currently, the property website said. The cheapest homes are already exempt from the tax.

The tax bill on an £800,000 home will fall by about 50% under the plan, while on a £5mil property the savings will be less than 3%, according to analysis by broker Hamptons International.

“Today’s announcement to temporarily cut stamp duty will act as a shot in the arm for UK housing and further bolster a market which has come out of a state of suspension, ” Tim Hyatt, head of residential at broker knight Frank, said in an e-mailed statement.

“However, in order for a fully functioning market to return, the availability of higher loan-to-value mortgages must also be improved to support first-time buyers across the country.”

A Bank of England stress test suggests home values may fall 16% because of the economic downturn caused by the coronavirus. Lenders have responded by pulling low-deposit mortgage products. — Bloomberg 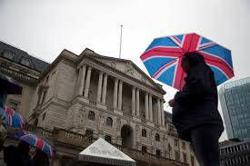 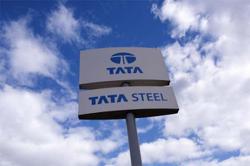