United States district judge Vince Chhabria wrote in a court filing Monday that a US$1.25bil proposal – which calls for establishing a scientific panel to determine whether Roundup’s active ingredient causes cancer while still potentially allowing users of the herbicide to press claims – is problematic.

Bayer shares fell as much as 4% early yesterday in Frankfurt.

The judge’s misgivings center on a portion of the proposal that would create a class of future claims as part of a nearly US$11bil settlement of Bayer’s Roundup litigation announced last month. Some US plaintiffs’ lawyers are vowing to file another wave of new claims that could add tens of thousands to that total.

Any change to the class-action portion of the proposal wouldn’t necessarily affect the rest of the settlement, in which the company agreed to pay as much as US$9.6bil to resolve about 125,000 existing lawsuits. Some 30,000 claims, blaming Roundup for causing non-Hodgkin’s lymphoma, are not yet subject to deals between plaintiffs and Bayer.Chhabria set a July 24 hearing to consider the proposal, which he said he’s “tentatively inclined” to reject.

Bayer said late Monday the class proposal was still on the table.

The company said Roundup was safe and it has appealed verdicts against it.

“We appreciate the judge’s order raising his preliminary concerns with the proposed class settlement, which we take seriously and will address” at the hearing, Chris Loder, a US-based spokesman for the Leverkusen, Germany-based drugmaker, said in an interview. Roundup is made by Bayer’s Monsanto unit.

“Thankfully, judge Chhabria has seen the ruthless plan as an outrageous attempt to deprive every future victim of Monsanto’s killer Roundup of their right to fair and full compensation and to a jury trial, ” Tom Kline and Jason Itkin, plaintiffs attorneys for users of the weedkiller who haven’t settled their suits, said in an emailed statement.

The futures class was the brainchild of Bayers’ lawyers and some plaintiffs’ attorneys, including San Francisco-based Elizabeth Cabraser and Samuel Issacharoff, a New York University law professor, according to court filings.

It took a year of “unrelenting” settlement negotiations to come up with the plan, Cabraser said in a court filing. It’s designed to provide funds to Roundup cancer patients in financial need and finance a review of the science underlying the cancer claims.

William Dodero, Bayer’s global head of litigation, said at a press conference last month he couldn’t predict how many new Roundup cases will emerge and need to be included in the futures class.

He said the class will feature an independent science panel that will decide whether glyphosate – Roundup’s active ingredient – was a carcinogen rather than leave the decision to individual judges and juries. T

hree California juries orderered Bayer to pay billions of dollars in combined damages based on findings that glyphosate caused the plaintiffs’ cancers. Those awards ultimately were reduced to about US$190mil. — Bloomberg 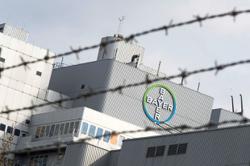 US$11bil gets Bayer AG the Roundup closure it can 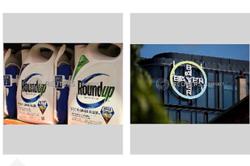