The Reserve Bank of Australia (RBA) left rates at 0.25% at its monthly policy meeting, and sounded cautiously optimistic about the earlier-than-expected re-opening of the country's economy, after authorities had managed to largely curb the spread of the coronavirus.

SYDNEY: Australia's central bank held its cash rate at an all-time low on Tuesday, in a widely expected decision, and said it will maintain its accommodative approach for "as long as it is required."

The Reserve Bank of Australia (RBA) left rates at 0.25% at its monthly policy meeting, and sounded cautiously optimistic about the earlier-than-expected re-opening of the country's economy, after authorities had managed to largely curb the spread of the coronavirus.

In a short post-meeting statement Governor Philip Lowe noted Australia's A$2 trillion ($1.4 trillion) economy was in the midst of its biggest contraction since the 1930s.

"Conditions have, however, stabilised recently and the downturn has been less severe than earlier expected," Lowe said.

"While total hours worked in Australia continued to decline in May, the decline was considerably smaller than in April and less than previously thought likely. There has also been a pick-up in retail spending in response to the decline in infections and the easing of restrictions in most of the country."

Lowe's relatively optimistic tone comes in the wake of a significant drop in new infections across most the country, earlier-than-expected easing of restrictions, a solid pick-up in retail spending and a hefty bump in job vacancies.

However, a recent spike in coronavirus cases in Melbourne and the closure of the New South Wales-Victorian state border have cast doubts over Australia's recovery efforts.

The RBA did not make a mention of the recent jump in cases in its statement, only repeating that the nature and speed of the economic recovery remained "highly uncertain."

As a result, fiscal and monetary support will likely be needed for some time, the RBA added.

"This accommodative approach will be maintained as long as it is required," it said, adding "the board will not increase the cash rate target" until it makes progress in meeting its employment and inflation objectives. - Reuters 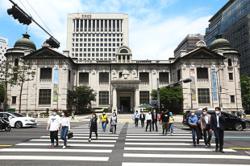