On a steady growth path

“But the chocolate industry has survived many cycles of economic downturns and other uncertainties; chocolate remains one of the most resilient and widely consumed food and beverage products globally, ’’ said Guan Chong managing director and CEO, Brandon Tay (pic)

LOCKDOWNS following the deadly spread of coronavirus has dented the demand for many consumer items.

While companies wait patiently for this phase of subdued demand to pass, they also move ahead with their other strategies for long-term survival.

One such company is Guan Chong Bhd

which has seen some impact on the demand for premium chocolate, but is pushing on to search for new markets and implement its expansion plans.

In line with its growth aspirations, Guan Chong will be hiring more staff for its new cocoa processing plant in Ivory Coast and expanding its talent pool in Malaysia and Germany where it has purchased century-old industrial chocolate maker Schokinag.

Over this lockdown period, overall demand for chocolate especially in key markets in Europe and the United States has dipped by about 5%, with the bulk of the decline coming from the premium segment, as demand for high-end chocolate and sales at tourist spots remained down.

As a result, demand for cocoa butter and cocoa mass, used for making premium chocolate, also fell in tandem. 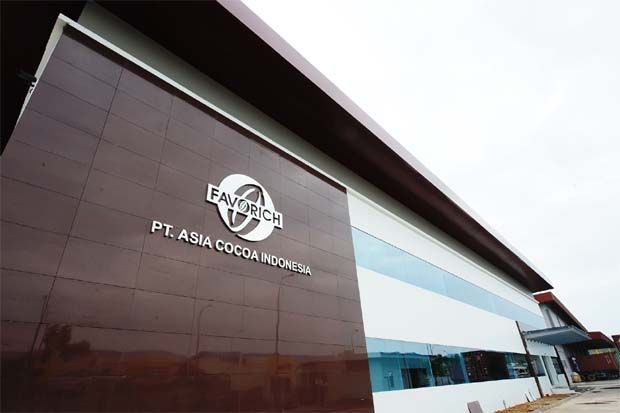 At least half of the group’s revenue comes from the sale of cocoa butter; premium chocolate typically contains higher cocoa butter content.

Cocoa butter costs more compared with cocoa butter replacements, such as palm oil, which is commonly used in the more affordable compound chocolate for the mass market.

But stable demand in the mass market segment during this lockdown period, has resulted in an increase in demand for cocoa powder from which Guan Chong derives about 20% of its revenue.

Overall, its full-range of cocoa ingredients and diverse market coverage provides Guan Chong with the stability during these challenging times.

For 2020, the group has sold forward a substantial amount of its production capacity.Being one of the world’s largest producers of cocoa ingredients, about 90% of its products are exported and among its key customers are major chocolate makers.

Since the pandemic, market prices of cocoa beans have declined by about 20%, and these low price levels may boost consumption.

However, Guan Chong which is the intermediary between cocoa farmers and chocolate manufacturers, is less sensitive to changes in prices of raw materials, due to its pricing model.

While it buys cocoa beans at market prices, the majority of its purchases are matched with existing orders; the final prices are pre-agreed and calculated based on a premium to the cocoa bean market price.

As about 70% of its sales, namely of cocoa butter, is based on this pricing model, changes in raw material prices are passed on to its customers almost immediately.

In the long term, the group is strategising to broaden its client base and market segments through its stake in Schokinag, it will move beyond supplying cocoa ingredients to more value-added industrial chocolate to be sold to chocolate producers and brands.

With the ongoing Covid-19, Guan Chong has to remain vigilant as demand can be impacted if the pandemic worsens.

“But the chocolate industry has survived many cycles of economic downturns and other uncertainties; chocolate remains one of the most resilient and widely consumed food and beverage products globally, ’’ said Guan Chong managing director and CEO, Brandon Tay.

In Malaysia, the group faced some disruption in third party logistics that caused delays and affected about 10% of its sales delivery; post-MCO, operations are expected to return to normal.

In the near term, it will focus on its recently acquired stake in Schokinag, to increase its presence in the European chocolate market and strengthen the Guan Chong brand internationally.

It is also eyeing the continued uptrend in chocolate consumption in Asia, in line with shifting consumer preferences and growing affluence, to capture more growth opportunities.Its expansion to Ivory Coast, the largest source of cocoa beans, is expected to contribute 10% to 15% to group revenue.

“We are looking to recruit more personnel for the upcoming plant in Ivory Coast; these would include senior local professionals with experience in financial management and sourcing of cocoa beans, in addition to production workers, ’’ said Tay.

The group also plans to second experienced personnel from its plants in Malaysia and Batam to ensure the smooth start-up of the new operations in Ivory Coast, as well as oversee the training and career development of its talent pool in Ivory Coast.

While strengthening its global supply chain, its presence in Ivory Coast ensures a stable source of high quality cocoa beans and provides the group with significant savings from logistics and export taxes.

The construction of the plant was delayed due to the pandemic, but restrictions have since been lifted and 80 instead of 50 people are now allowed on site.

Drawing on synergies, Schokinag will take up 40% to 50% of the supply of cocoa ingredients from the upcoming plant in Ivory Coast, thus generating immediate demand when the plant is completed in the second half of 2021.

Schokinag contributes about 25% to group revenue, and Guan Chong hopes to expand its presence in Europe as utilisation of the production capacity at Schokinag increases.

Prior to Covid-19, the group had started implementing an enterprise resource planning system that integrates key functions which among other things, include procurement, production, delivery, finance and human resources.

The high degree of automation has enabled the group to adjust well to the new norm posed by Covid-19, and it is looking to implement automated temperature monitoring and sanitization systems across its facilities.

It has recently installed solar panels at one of its plants and will look to similar installations across its manufacturing facilities.

Armed with a long term plan and a steady conviction that chocolate will always be a popular food item, Guan Chong is poised to reap further benefits from its expansion into new markets and higher value-added products.