PETALING JAYA: The issuance of government bonds is expected to rise significantly although the corporate bonds market looks less promising due to slower economic activities brought on by Covid-19. Economists and bond analysts expect corporate bond issuance to remain sluggish until year-end with issuance of between RM80bil and RM95bil this year compared with RM132bil last year.

According to them, the anticipated contraction in the Malaysian economy will see lower financing and investments, resulting in lower corporate bond issuance.

For the first quarter of the year, Malaysia narrowly escaped a contraction with a growth of 0.7%. As for the full year, the World Bank had forecast the economy to decline by 3.1%.

AmBank Group chief economist and member of the economic action council secretariat Anthony Dass (pic below) told StarBiz that corporate bond issuance was being impacted by the virus outbreak. This, he said, had significantly disrupted the global and domestic supply chain and at the same time affected demand and the labour market. For the first half of this year, issuance activity fell by 21.8% year-on-year to RM36.8bil.

“The possibilities for corporate bond issuance to improve modestly in the second half of the year will depend on the recovery of the economy and the rolling out of government large infra project like the LRT3, MRT2, East Coast Rail Link and national fiberisation and connectivity plan, and liquidity remaining ample.“Downside risk remains given the uncertainties and this could influence companies’ investment plans and subsequently dampen the demand for financing activities, ” Dass said.

Malaysian Rating Corp Bhd (MARC) chief economist Nor Zahidi Alias (pic below) sees corporate bond issuance declining to the 2013-2016 levels of between RM80bil and RM90bil before recovering again in 2021. On the other hand, gross issuance of Malaysian Government Securities (MGS)/Government Investment Issues (GII) is expected to increase significantly in 2020 compared with 2019, said Zahidi.

He said this is due to the nation’s budget deficit which is expected to rise to 6.0%-6.5% of GDP in line with the implementation of various stimulus packages to aid the recovery of the economy. MARC envisages the gross issuance of MGS/GII for this year to be between RM155bil and RM165bil.

Meanwhile, RAM Ratings is projecting corporate bond issuance for 2020 to come in at RM80 bil-RM95bil and has revised its MGS/GII issuance forecast to RM155bil-RM165bil for this year (2019: RM115.7bil).

Elsewhere, Bank Islam chief economist Mohd Afzanizam Abdul Rashid is projecting gross issuance of MGS and GII at about RM150bil due to the budget gap as well as the need to refinance the maturing securities.

As for bond yields, he said it should remain low and the yields would correspondingly move in tandem with the overnight policy rate (OPR).

The OPR, which is the key benchmark rate, currently stands at 2% after three rounds of cuts in the last five months of this year. Bank Negara’s Monetary Policy Committee is scheduled to meet either today or Tuesday to announce any OPR changes.

“So it’s not really a one-way street for bonds. But generally, bond markets should do well in times of uncertainty as it can provide a stable stream of income via coupon rate as well as potential capital gain when the bond yields come down as bond yields and bond prices are inversely related, ” said Afzanizam.

The key risk, however, to government bonds would be FTSE Russell annual review in September, said AmBank’s Dass.

Recall that in April last year, FTSE Russell said it would review the Malaysian government bonds’ participation in the WGBI due to market liquidity issues. 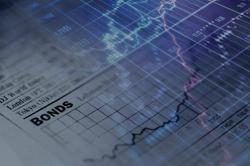