Short Position - Where is the governance?

THE demand for gloves is so strong that producers are able to command a premium for purchasers wanting immediate delivery. The premium for spot orders is as high as three times more than the normal price.

However, the premium that the rubber gloves command does not necessarily reflect in the share price. The mandatory general offer (MGO) of Rubberex Corp (M) Bhd

underlines the disconnect between the market price of the shares and its product.

Hextar Rubber Sdn Bhd, a company that is controlled by Datuk Ong Choo Meng, launched a MGO of Rubberex at RM1.80 per share after acquiring a 20.4% block from three shareholders of the company.

Seng Sheng Enterprise Sdn Bhd, Datuk Seri Chiau Beng Teik and Peh Lian Hwa sold the shares at a discount of almost 38% compared to the market price of RM2.93. With the purchase, Hextar Rubber ended up with 50.2% in Rubberex, hence triggering a MGO.

But considering the deep discount to the market price, the MGO is likely to be inconsequential. Why would anybody accept the offer of RM1.80 when the market price is much higher?

Which raises the question as to why Seng Sheng Enterprise, Chiau and Peh sold their block at a steep discount to the market?

Probably the sellers felt that disposing a large block in the open market was not easy because Rubberex did not have high liquidity. Or they felt that the fair value of the company is RM1.80.

On the face of it, the buyer of the shares – Ong and Hextar Rubber – seems to have taken control of a rubber glove producer way below the market price. Ong first surfaced in Hextar Global in end February when he acquired a 26.7% stake from Med Bumikar Mara Sdn Bhd at about 84 sen.

In the subsequent weeks, at least two substantial shareholders of Rubberex sold their stakes in the company. Aun Huat & Brother Sdn Bhd and Duvest Holdings Sdn Bhd, sold their interest when the market price was RM1.70 and RM1.30 respectively.

Based on substantial share disposals of Rubberex in the last three months, Seng Sheng, Chiau and Peh appear to have got the best price. Nevertheless, it is still way below the market price.

Where is the governance?

THE latest accounting scandal at Germany’s Wirecard AG has once again demonstrated the importance of governance within the fintech sphere. 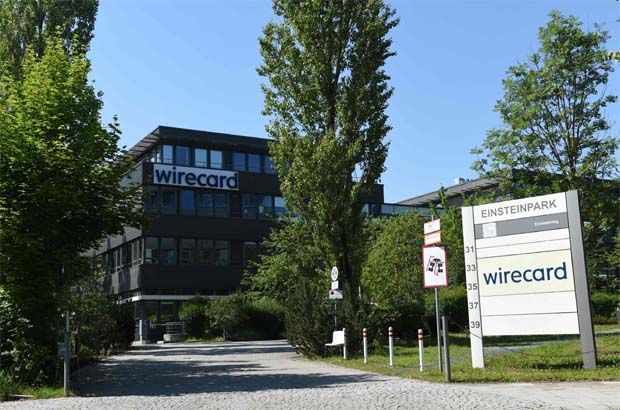 While innovation is definitely important, it is even more crucial for regulators to be savvy enough to govern the ever-evolving industry.

Germany’s banking regulator, BaFin, is now under fire for the way it has supervised Wirecard with observers pointing out that the company’s fall now threatens to dampen investor trust in the entire European Union.

Suffice to say, the accounting scandal at one of Germany’s quickest-growing companies has more than raised concerns over the efficiency of regulators and also seeks to question the country’s overall ability in overseeing the finance sector as a whole.

Meanwhile, other quarters are pressuring Wirecard’s long-time auditors, Ernst & Young, better known as EY who has since accused their client of “an elaborate and sophisticated fraud” that allowed more than US$2bil to disappear just like that.

According to reports, the global audit firm had signed off on Wirecard’s accounts as recent as in 2018 when discrepancies would probably have already surfaced.

Wirecard’s CEO meanwhile has been arrested in relation to market manipulation and reporting of fake financial figures.

The company has also already filed for insolvency.

Such a scandal can happen anywhere. The question is where does the buck stop when it comes to assuming responsibility?

While there will always be an ongoing blame-game when it comes to issues like scandals, surely it is the regulators that must assume the bulk of the responsibility?

Only with effective governing authorities can companies, fintech or otherwise function accordingly.

When there is a lax whether in the rules or the implementation of such regulations, problems set in. And these can blow up into major scandals as with Wirecard.

There should be no fear

IT was a piece of news the market was waiting for... what both the Securities Commission (SC) and Bursa Malaysia Bhd

would do with the temporary suspension of short-selling.

Late in the evening, they announced that the suspension would be extended to Dec 31,2020.

The extension of the ban on short selling will certainly find cheer in some quarters and disbelief on the length of the suspension.

The temporary suspension, which began on March 24,2020 was extended on April 28 and was originally scheduled to expire on June 30.

“Permitted short selling (PSS) is not affected by the temporary suspension of short-selling, as PSS is necessary for market makers to market make the relevant securities such as exchange traded funds efficiently, ” it said.

The suspension of short selling was one of the factors that led to the penny rally and an overall rebound of the stock market that was hit hard at the onset of the movement control order and the early wave of the Covid-19 outbreak.

It lifted stocks off their lows and coupled with the flexibility granted to brokers to decide on margin accounts, prevented a meltdown in the market.

The leeway granted and the inability to short sell then manifested in a strong rally that saw trading volumes hit an all-time record. It brought stability to the market but at the same time encouraged a rally in penny stocks that saw their valuations go way above what they were trading at even before the market plunged.

But the high trading volume has now subsided as all sectors of the economy opens up. Life is returning to a new normal but the market has a big disconnect between its valuations and the state of the economy.

Yes, the market does look ahead but the high valuations that were created by trading opportunities and the fear of missing out would not be a magnet to entice new money to come into the market to chase stocks.

It may lead to the market meandering sideways, once again as concerns of a global spike in new Covid-19 cases take hold.

Maybe the exchange should next time make a firm date of a planned exit to have the process of price discovery return. There should not be a fear of ending the rally.