While borrowing costs have been lowered, market observers say that businesses still face difficulties in obtaining bank borrowings. “Banks are extra careful in lending and this has caused constraints in smaller and affected businesses to obtain loans and working capital, ” says an analyst.

THE spate of private placements has sprouted over the past few months as companies start to navigate between a surge in share prices and the tougher conditions of securing funding.

Listed companies have been proposing private placements for a number of reasons, with the most common reasons being the need to raise working capital and funds for operational expansion or business diversification.

Understandably, many companies – particularly those in the small-cap range – have been strapped for cash as a result of the impact from the Covid-19 pandemic.

With most businesses forced to shut down or operate at a much lower capacity during the 47-day movement control order (MCO), cash flow constraints have emerged among many companies, especially those with low cash reserves and high current liabilities, particularly borrowings.

“Banks are extra careful in lending and this has caused constraints in smaller and affected businesses to obtain loans and working capital, ” says an analyst.

An investment banker tells StarBizWeek that the unexpected retail-driven rally triggered by the MCO gave new life to the small cap issuers.

“Hence, they are taking advantage of the window of opportunity to raise much needed funds from the capital markets for their working capital needs, ” she says.

In the recent months, a number of listed companies that had proposed private placements had jumped on the healthcare bandwagon arising from the coronavirus outbreak.

announced that it planned to place out up to 30% of its issued shares to raise money for its venture into the manufacturing of face masks.

Fintech Global Bhd, which planned to manufacture personal protective equipment such as face masks, gloves and face shields, announced its proposed private placement of 30% of the total share.

also proposed a private placement of up to 10% of its share base to fund its new production lines to meet the rising demand for gloves post-Covid-19.

Other companies that have also announced plans to place out shares, but not related to the healthcare play, include XOX Bhd

and MLabs Bhd, with each proposing private placements of up to 30% of their share base.

XOX has said it needed to raise cash for its investment in the business of smart vending machines.

“These smart vending machines are intended to carry the group’s existing telecommunication products such as prepaid eSIM cards and e-wallet bundles.

“Moreover, the smart vending machines are also envisaged to carry key everyday FMCG such as sweets, candies and other dry snack foods, soft drinks and other similar beverages, sundry consumables such as tissue paper and cigarettes as well as other potential in-demand goods such as hand sanitizers and face masks in light of the current Covid-19 pandemic, ” it said in an earlier filing.

Meanwhile, MLabs intends to use half of the proceeds raised from the share placement for its “Lets Talk Mobile” application.

While most companies generally propose private placements for business expansions, concerns have risen on whether these firms could actually deliver real value for shareholders.

In particular, the increasing news flow on companies planning to use the proceeds to venture into Covid-19 related businesses have raised eyebrows.

An analyst says it is best to be wary of companies whose core businesses are unrelated to Covid-19 business.

“It takes months for a company to set up an unrelated business activity from scratch by which time it would be too late to take advantage of the shortfall in manufacturing capacity.

“An excellent case in point is the production of face masks. Many jumped on the bandwagon when it comes to producing face masks in the first quarter only to encounter a glut by the end of the second quarter of this year.

“It is best to steer away from participating in private placements in which there are rumours or unsubstantiated news of Covid-19 related businesses. There is no free lunch, ” he says.

In the recent months, announcements by listed companies of their plans to, say, get into the manufacturing of face masks and personal protective equipment (PPE) or the distribution of ventilators have sent these stocks skyrocketing.

The issue was so prevalent that Bursa Malaysia stepped in to send a strong message to all listed companies – avoid using “exaggerated”, “flamboyant” or “overstated” words in disclosures on Covid-19-related investments to prevent unwarranted price movements.

Commenting on the recent spike in share prices of companies that have announced healthcare or Covid-19 related ventures, a former investment banker says that many owners of such companies are using this unexpected run-up in their stock prices to sell into strength their existing vendor shares.

“Investors, especially retailers, should adopt a caveat emptor stance and do their own checks and due diligence exercises to evaluate themselves if it is merely investor euphoria or if these announced ventures are indeed executable or sustainable, ” she says.

Meanwhile, a veteran investor who did not want to be named, is worried if private placement shares end up in the hands of market syndicates.

“The shares are crossed to the syndicates for them to get a block of shares and promote the stock, ” he says.

A former equity market analyst also points out there is an incentive for the companies to “artificially push” their share prices higher prior to private placement exercise in order to maximise the amount of funds raised.

This may result in the share prices declining post-placement.

He agrees that using syndicates to “artificially” push up the price would be an easy way, other than inducing rumours aimed at pushing the trading price higher, especially during the price fixing period.

“But mind you, these are violations of the various Bursa rules and Capital Markets and Services Act, covering not only the trading participants or intermediaries, but also the companies embarking on this private placement exercises

“I am very sure the market surveillance departments both at Bursa Malaysia’s regulatory division and also at the Securities Market would be looking closely at the trading activities of these companies to detect any anomalies, including trading activities (and also those involved), its share price and trading volume movements, plus also the newsflow, ” he says.

He adds that there are various regulatory tools that both regulatory bodies will use to ensure a fair and orderly trading. 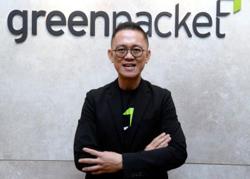