Fair deal for airlines and passengers AirAsia Group Bhd airlines president Bo Lingam (pic) says people are still cautious about travelling, which leads to lower demand and when there is no demand, the focus would be on covering costs. (File pic)

IT would have been a fairly robust year for the aviation industry in 2020 in conjunction with the Visit Malaysia Year campaign, until the coronavirus (Covid-19) slammed the doors shut on national borders.

Most countries imposed lockdowns and travel restrictions, which took a toll on the transportation and aviation industry.

In Malaysia, the movement control order (MCO) resulted in airlines temporarily grounding their fleet for slightly more than a month before restarting their flights again towards the end of April.

And while airlines can now operate effectively with the relaxation of social distancing rules for the aviation sector, they are caught in a situation where demand is still very low.

As much as they want to offer pre-pandemic air fares, airlines are stuck in a situation where the supply far exceeds demand, causing them to struggle between offering appropriate prices and to break even their cost of every flight.

The latest projections by the Malaysian Aviation Commission (Mavcom) forecasts that the passenger traffic will decrease between 48.7% and 50.3% year-on-year (y-o-y), which translates to between 54.3 million and 56 million passengers this year.

As comparison, the year 2019 actually hit a record high of 109.2 million passengers.

Over the past few weeks, there was quite an uproar over air fares, which consumers say were exorbitantly high.

An economy class one-way ticket from Kuala Lumpur to Kuching for example, which is usually priced in the range of RM500 to RM1,000, was close to RM3,000 just a few weeks ago.

The Transport Ministry is aware of the situation and its minister Datuk Seri Dr Wee Ka Siong has recently reminded the airline companies to start reducing their fares to not unduly burden air travellers as the nation recovers from the pandemic. He also told them to increase their flight frequencies.

Dr Wee also explained that airlines need to ensure bookings are stable and consistent before prices can be normalised to pre-Covid levels.

Mavcom, in a response to StarBizWeek, says it is well aware that pricing dynamics play a significant role in business profitability.

It adds that post the MCO period, airlines will continue to make pricing decisions on a commercial basis and this decision would need to balance their interests as a business entity while still appealing to consumer demand.

“On this note, the lowering of airfares and the timeline for airlines to do so is entirely dependent on the airlines themselves.

“Lower airfares may or may not stimulate demand for air travel as consumers remain cautious despite the ease on travel restrictions.

“The severity of the Covid-19 pandemic is worse than the previous crises such as the H1N1 in 2009 and MERS-2 in 2015. Hence, the capacity cuts are far larger now, ” it says, adding that coupled with the subsequent global economic downturn, the aviation sector may not see a full recovery for the aviation sector in the near term.

The regulator also estimates that the revenue-at-risk this year for Malaysian and foreign carriers could be to the tune of RM11.3bil and RM4.6bil respectively.

“The aviation sector is undeniably one of the most severely impacted sectors as a result of the global pandemic.

airlines president Bo Lingam says people are still cautious about travelling, which leads to lower demand and when there is no demand, the focus would be on covering costs.

“Hopefully in July when demand starts to pick up, our fares will be lower because at the end of the day, we’re known for low fares.

“Basically, we want to create demand and that’s what we’re embarking on towards July. We’ll see the difference in July and August, ” he says.

Bo adds that close to 50,000 of its RM399 AirAsia’s Unlimited Pass Cuti-Cuti Malaysia were sold and redemption is at around 12,000, which the airline views as positive because people are starting to fly.

A source from Malindo Air says demand is still soft at the moment, which is not up to 20% of pre-Covid levels.

He stresses it will take time to return to normalcy as air fares and flight frequencies depend on the balance in supply and demand,

“We agree with the minister that prices should come down and as for Malindo, our prices have gone down 2.5 times to 3 times from what they were weeks ago.

“Prices will return to normal when the supply and demand normalise and that is beyond anyone’s guess as of now, ” the source says.

A spokesman from Malaysia Airlines concurs, saying that it all depends on market forces.

An aviation sector analyst is of the opinion that there is no way carriers will be able to reduce their prices on top of increasing their flight frequencies now as fears over a second wave of Covid-19 affects demand.

Like how we would one day see Covid-19 abating, the airfare prices will come down eventually. It is only a matter of time. 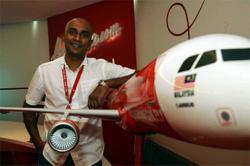 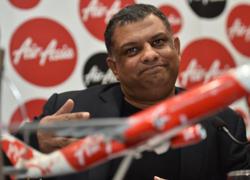