In a statement, MITI said the agreement would enhance regional economic integration, promote the flow of investments and minimise disruption to the global supply chains.

KUALA LUMPUR: Malaysia supports the commitment by all participating countries in the Regional Comprehensive Economic Partnership (RCEP) to sign the free trade deal by this year, the International Trade and Industry Ministry (Miti said.

In a statement, the ministry said the agreement would enhance regional economic integration, promote the flow of investments and minimise disruption to the global supply chains.

“The signing would demonstrate to the world Asean and its free trade agreement (FTA) partners’ collective endeavour to realising these objectives, ” it said.

Once concluded and signed, the RCEP will be the largest FTA in the world covering nearly half of the world’s population while contributing one-third of the world’s gross domestic product. 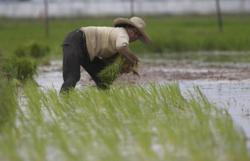