While the Indonesian rupiah, Thai baht and Malaysian ringgit all showed improvement, the Philippine peso is by far the best-performing currency in 2020 with its 1% gain.

JUNE is shaping up to be a good month for South-East Asia’s currencies, with every one gaining.

The rebound is narrowing coronavirus-induced losses sustained by just about every foreign exchange (FX) in the region this year.

While the Indonesian rupiah, Thai baht and Malaysian ringgit all showed improvement, the Philippine peso is by far the best-performing currency in 2020 with its 1% gain.

The rupiah, which has surged 15% this quarter, may be positioned to challenge the peso, given strong foreign demand for the nation’s debt.

Here’s a closer look at the main factors influencing the region’s FXs in the second half.

> Peso – The peso’s outperformance is partially due to an improving current account, with imports in April down by the most since 2009 as the nation was under lockdown.

However, it is facing growing headwinds from declining oversees remittances. Bangko Sentral ng Pilipinas (BSP) has also signaled concern over the appreciation by intervening to stop further gains.

Investors will be awaiting guidance on the currency from BSP’s policy meeting on Thursday.

The central bank is expected to keep rates unchanged after slashing rates by 125 basis points this year.

> Rupiah – Foreign funds have returned for local debt, attracted by the second-highest yields in Asia, after selling about US$9.5bil of government bonds in February and March.

There have just been US$996mil of inflows since then, indicating potential for further rupiah gains.

Bank Indonesia still considers the currency as undervalued amid low inflation in South-East Asia’s largest economy, and expectations that the current account deficit will narrow to 1.5% this year.

The nation’s current account surplus has given it a boost, but it’s dwindling in the absence of tourism revenues in the lockdown.

However, rising gold prices have provided some support for the bullion trading hub.

Headwinds to the baht’s further gains are likely to come from the Bank of Thailand.

It warned this month it’s ready to take steps to ensure the currency’s strength doesn’t hurt the economy.

Investors will be monitoring tomorrow’s policy meeting, where it’s widely expected to keep its key rate unchanged at 0.5%, to see there are currency-related measures.

> Singapore dollar – The Monetary Authority of Singapore (MAS) manages the currency against major trading partners as a policy tool, rather than using interest rates like other central banks.

While the nation’s relaxation of virus-related curbs last week is positive for the local currency, data today is forecast to show core inflation has deteriorated further in May.

That’s likely to support the MAS’ current stance of allowing for a weaker currency to spur the trade-reliant economy.

The Singapore dollar is down more than 3% this year.

> Ringgit – Volatile oil prices and political uncertainty have weighed on the ringgit.

After falling more than 5% in the first three months, it’s barely up 1% in the second quarter. The ringgit may struggle, given that FTSE Russell has kept Malaysia on a watchlist for possible exclusion from its World Government Bond Index.

Inflation data tomorrow is expected to provide cues on Malaysia’s economy and any disappointment could set the stage for additional rate cuts. — Bloomberg 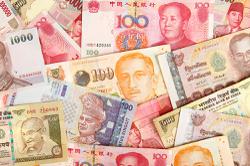 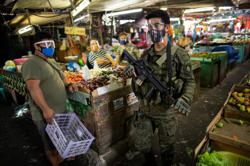