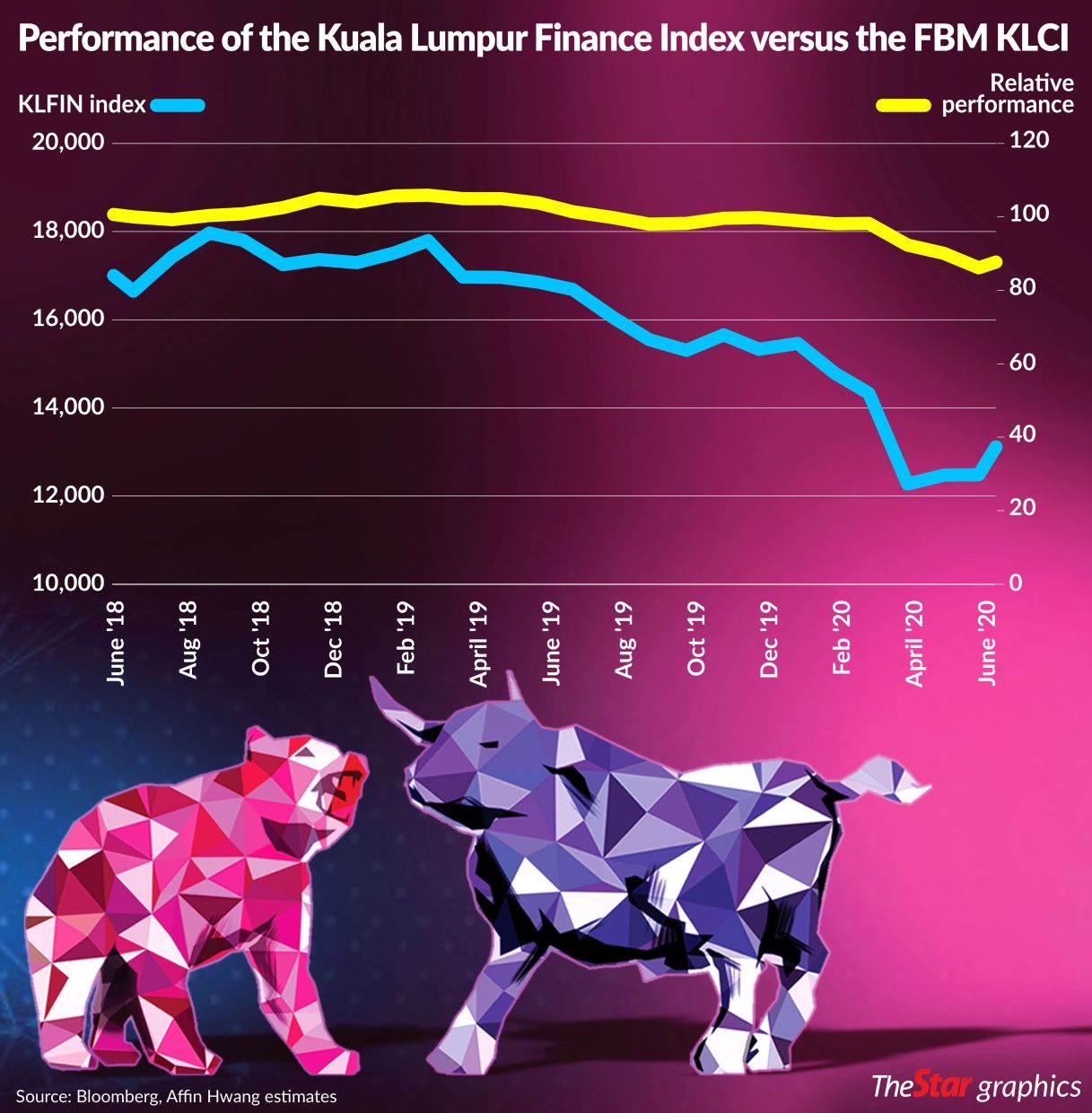 PETALING JAYA: Despite the gradual reopening of the economy, the path ahead for banks remains bumpy at best until next year, with multiple economic headwinds weighing on the sector.

Even as the government relaxed its restrictions under the movement control order (MCO), it is by no means that the coronavirus (Covid-19), which has been terrorising economies globally, is taking a breather as the risk of its resurgence persists.

And as businesses struggle to stay afloat during this environment, topped with risks of them going under, the rise in unemployment is inevitable.

This leads to the next set of problems - the spike in non-performing loans (NPLs), both household and corporate, especially when the six-month moratorium comes to an end in September.

The earnings of banks are expected to take a beating this year on the back of subdued loan growth, higher NPLs and compressed margins due to the lower overnight policy rate (OPR).

The banking sector has already been expecting higher impaired loans and financing as evidenced by the increasing provisions since January this year.

Latest figures from Bank Negara showed that total provisions in the banking system stood at RM23.87bil as of April, a 3.19% increase from March.

Impaired loans and financing only dropped 0.6% to RM28.12bil in April but as AmInvestment Bank Research pointed out, there will be a delayed impact of the upticks in impaired loans due to the moratorium.

Maintaining its “neutral” stance on the sector, it said there will be a steep contraction in earnings for banks in 2020, which it projected to be at 15%.

It also raised its concerns over the asset quality of banks on the back of expectations that impaired loans will be higher after the moratorium.

“Banks have been proactively restructuring and rescheduling loans as well as granting relief funding to prevent a sharp rise in impaired loans.

“Nevertheless, there are likely to be certain loans falling into the impaired loan bucket after the moratorium attributed to the cessation of businesses and higher unemployment rate, ” it said in a note yesterday.

Banking counters have since rebounded off their March lows but they are still trading at very low valuations, with an average price to book ratio of less than one.

are trading above 1, at 1.51 and 1.13 respectively, including Malayan Banking Bhd

Even with the surge of retail investors over the past months which boosted the prices of bank stocks, MIDF Research believes the sector is yet to be in an overbought position given that its low valuation reflects the current development.

Senior research analyst Imran Yassin Yusof said it all depended on the trajectory of the economic recovery.

“However, we are not ruling out another correction in the market as a whole as the full impact of the pandemic and the MCO manifests further, ” he told StarBiz, adding that looking at current developments, the risk factor to banks will have increased, especially in terms of a possible increase in NPLs.

But he is of the opinion that the six-month moratorium period, which ends in September, would provide breathing space for all parties, including banks.

“It provides somewhat of a grace period as it is hoped that the jobs lost during the MCO will be created when the economy reopens and during the period of recovery.

“We have to take note that the high unemployment rate was in April during the full month of the MCO. Therefore, the possibility of reduction in unemployment rate could moderate the risk of NPLs increasing when the moratorium ends, ” he said, adding that if the current developments were to sustain over the next couple of months, it will bring pressure to the banks’ asset quality.

Asked if there was a necessity for regulators or the government to step in to assist the banks in cushioning the blows, Imran said it would not be surprising if additional measures to minimise the impact to the economy and the banks were introduced should the recovery stall or take longer than expected.

Affin Hwang Capital Research said there were potential increases in Stage 2 (pre-impaired) and Stage 3 (impaired) exposures of the banks’ loan books, which will remain a risk going into 2021 due to lower household incomes, rising unemployment and deterioration of businesses’ debt-servicing capacity.

It added that banks continue to face asset quality risks from exposure to vulnerable sectors such as oil and gas, real estate, retail and tourism.