KUALA LUMPUR (Bernama) -- Some were shocked when they saw their electricity bill during the movement control order (MCO) and conditional MCO periods. It sparked a debate on whether our electricity bills have been too high.

But the bigger question is: is the spike in electricity bills only in Malaysia, or is it a global phenomenon?

The COVID-19 outbreak brings about an uncertain and unprecedented time to all of us, and while the world was under lockdown, many have been spending more time at home than ever before.

According to survey website Populus, the trend is seen in other countries as well with the UK seeing an average increase in electricity bills of £32.31 (RM173.17) per month.

In New York, weekday electricity use in apartments increased by seven per cent after the stay-at-home order, while weekend use increased by four per cent.

Similar trends are witnessed across the globe regardless of economic status including Australia, Singapore, Indonesia, Thailand, India as well as Hawaii.

With work from home as an ultimate solution during the period and schools forced to close down, it was inevitable that electricity consumption would drastically increase.

Many of us had also uncaged the inner chef in us, cooking a wide range of food for our family including recipes we had never thought of trying before.

According to reports, online sales of electrical appliances such as ovens, mixers and bread makers skyrocketed during the MCO period.

But how many users actually take note of how much electricity those items consume?

Based on calculations, appliances such as water heater, air conditioner, microwave, oven, induction cooker, washing machine and dryer as well as lighting make up a huge portion of a home’s energy usage.

And being connected to the Internet 24/7 further swells the bill.

internet and unplugged wires has also contributed one way or another into the increase in electricity bill.

While commercial and industrial electricity users saw a decline in electricity consumption, residential users instead saw an increase in consumption as lives shifted from offices to homes.

’s (TNB) electricity customers will see a discount in the bill for the next six months.

Chief retail officer Megat Jalaluddin Megat Hassan said TNB’s 6.3 million B40 and M40 residential customers will be able to enjoy the discounted rate, out of over 7.5 million total users in its residential segment.

With this, more than 80 per cent of TNB customers receive discounts of between 15 per cent and 50 per cent on electricity usage with a maximum limit of 600 kilowatts per month from April 1 to Sept 30, 2020.

For non-residential customers, these include the following tariff categories:

Commercial (other than those six selected sectors), Industrial, Agriculture (specific) = two per cent

This is in line with the government’s initiative to revitalise the Malaysian economy as well as safeguard the welfare of the people.

While the government continues to fight the invisible enemy, Malaysians need to stay united and work together in strengthening the local economy that has taken a hit due to the pandemic.

May all of us see the end of this battle together and come out stronger than ever. 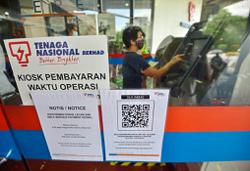 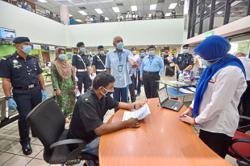 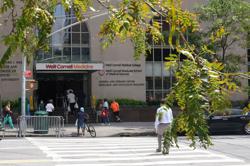