IT’S hard to find an investor who hadn’t already assumed some form of second wave of Covid-19 when economies reopen, so why did stock markets panic at the hint of a relapse last week?

A sudden bout of angst about resurgent coronavirus cases in parts of the United States and China was enough to ensure last week was the worst for world equity markets since March.

Both the second wave narrative and much of the evidence for it have since dissipated, allowing almost an instant rebound this week. But the whole episode revealed something about the speculative froth in market pricing, as opposed to considered assumptions about a clearly ongoing recovery.

“Second wave” assumptions are nigh on the consensus. Previous pandemics point in that direction and it’s a likely feature of lifting lockdowns and renewed human contact.

There have been few, if any, research reports from major banks or asset managers over the past couple of months that have not cited a second wave as a central assumption, or at least a significant risk.

For context, the survey’s most cited tail risk in all but one of the 18 months to the end of last year was “Trade War.”

One can argue whether a tail risk - defined broadly as a low probability but high impact event - forms part of central expectations.

But looking at how often “Trade War” was top of the list during the protracted Sino-US showdown over the past couple of years, it’s hard to see how these respondents would then see it as unexpected.

What’s more, even the most bullish banks and brokers have a second wave built into their standing assumptions.

Morgan Stanley, for example, trumpets its expectation of a V-shaped economic recovery from the pandemic that sees a deep contraction in global output of 8.6% this quarter as the trough, then a rebound to annual expansion of 3% by early 2021.

But a second wave is part of their mix.

“In our base case, we assume that a second wave of infections will occur by autumn, but that it will be manageable and result in selective lockdowns, ” chief economist Chetan Ahya told clients this week.

Even the Organisation for Economic Co-operation and Development (OECD) last week outlined two global forecasts for 2020: “Two equally probable scenarios, one in which a second wave of infections with renewed lockdowns hits before the end of 2020, and one in which another major outbreak is avoided.”

The difference in the two outcomes was a relatively modest 1.6 percentage points - massive in a normal year but not much more than a consensus forecasting error between a 6% contraction in the positive case and a 7.6% shrinkage in the adverse one.

And any additional hit from a second-wave scenario this year is recaptured in 2021, according to the OECD, which sees an annual bounce-back of 3.9% next year, or almost two points more than in the benign pandemic course.

So the outsize shock in markets last week - MSCI’s all-country stock market index fell more than 4% on signs of rising case loads and testing in six of 50 US states and small, new pockets of infections in Beijing - certainly shows sensitivity.

But it also seemed out of proportion for a running assumption.

But gauges of implied volatility remain higher - now on edge over the headline risk inherent with last week’s blow.

Part of the problem surrounds defining what a second wave involves - whether it’s large enough to see mass lockdowns once again or whether it just means ebbs and flows in infection rates and the periodic isolation of specific areas and regions.

To be sure, both will affect consumer behaviour but they also need to be offset against the accelerating search for treatments and vaccines.

One obvious upshot of last week is that stock markets had strayed into pricing dependent on a relapse-free exit from Covid-19 rather than what most assume to be a messier reality.

But it also suggests the difference between the two may be relatively small - at least in light of the dramatic swings of the year to date. And hyper sensitivity to unforeseen shocks may now be something we have to live with as markets obsess once again about tail risks.

On Tuesday, Deutsche Bank insisted there was a 33% chance that one of four tail risks it has identified - a flu pandemic killing more than two million people, a catastrophic volcanic eruption, a damaging solar flare, or a world war - would occur within the coming decade.

“If you stretch this time frame out to two decades, then it becomes more likely-than-not - 55.7% - that at least one of these events will occur, ” the bank said.

Mike Dolan is editor-at-large for finance and markets at Reuters News. Views expressed here are his own. 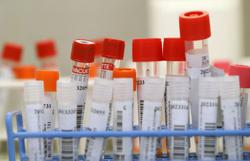 Spain's daily infections spike to 2,935, not yet second wave