Carry trades are back in focus, especially for rupiah

Drawing interest: The Indonesian rupiah is emerging as the most attractive currency in carry trades. — Bloomberg

JAKARTA: Carry trades are back in focus, thanks to the Federal Reserve’s pledge to keep interest rates near zero, and the Indonesian rupiah is emerging as the most attractive currency.

The rupiah offers the highest risk-to-reward ratio for the strategy among 32 exchange rates analyzed by Bloomberg.

This is followed by the Turkish lira and the Indian rupee, according to calculations which use the dollar’s London interbank offered rate and yields implied in foreign currency forwards.

Developing-nation carry trades have bounced back from their biggest ever quarterly loss.

This comes as optimism about the global economic recovery bolstered risk appetite.

While further gains are far from certain amid concerns of a renewed pandemic, the strategy may continue to find favor as investors seek an alternative to the world of diminishing investment returns.

“The return of risk appetite is seeing a rotation from low-yielding into higher-yielding countries, ” said Julien Fabre, a London-based local-currency debt fund manager at Candriam.

“Indonesia managed to orchestrate a coordinated effort between the Ministry of Finance and the central bank at an early stage of the epidemic, communicating a realistic action plan.”

The rupiah has a carry-to-risk ratio of 0.85, according to Bloomberg’s analysis, compared with 0.73 for the lira and 0.56 for the rupee.

Only about a half of the currencies analysed offer higher interest rates than the dollar.

The lira’s nominal yields implied in currency forwards stand at 12%, higher than 10% for the rupiah.

Still with Turkey’s economy expected to underperform and inflation to remain elevated, the rupiah may have an edge.

The carry-to-risk ratio was computed by subtracting the three-month London interbank offered rate for the dollar from yields implied in three-month foreign currency forwards.

The rate differential was then divided by implied currency volatility to calculate the ratio.

The Indonesian currency has rallied more than 15% this quarter, outperforming its Asian peers after lagging in the first three months of the year.

Bank Indonesia’s support has been central to the turnaround, with intervention and bond purchases helping to stabilize markets.

“The authorities have been supportive of the rupiah strength verbally, and positioning remains light, ” said Melissa Chan, a quantitative strategist at Standard Chartered Plc in Singapore.

The rupiah rallied for a third session yesterday.

This came after the nation’s bond sale drew strong demand.

Bank Indonesia may lower the benchmark rate at a review today, according to economists surveyed by Bloomberg, with the currency’s recent gains probably offering scope for the central bank to ease.

Carry trades are back on the radar as currency volatility dropped from a decade high after the Fed flooded the global financial system with dollars to avert a credit crunch.

Other than yields, “another pre-requisite for carry trade attractiveness is a lower level of volatility, ” said Yanxi Tan, a foreign exchange strategist at Malayan Banking Bhd

“That aspect could be increasingly tested as investors continue to adjust their expectations on the pace of the macro recovery.”

The 32 currencies studied are either among Group-of-10 currencies or are part of the Bloomberg JPMorgan Asian Dollar Index, JPMorgan Emerging-Market Currency Index or Bloomberg carry-trade gauges. — Bloomberg 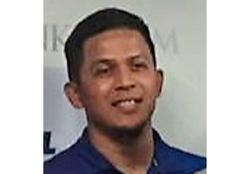 Caretaker Amin to carry on with Oltman’s plans – for now