TNB sees pick up in H2

TNB president and chief executive officer Amir Hamzah Azizan reiterated that the group would honour its 30%-60% payout ratio based on the reported net profit.

(TNB) foresees prolonged challenges to its prospects for the financial year ending Dec 31,2020, due to the ongoing Covid-19 pandemic and the uncertainties in global economic environment.

Nevertheless, the utility giant said it has taken the necessary measures to ensure the stability of its finances and operations amid the challenging operating environment.

TNB said it expected electricity consumption to drop between 7% and 15% this year due mainly to the expected slowdown of activities in the commercial sector amid the challenging operating landscape.

“Nevertheless, earnings of TNB’s regulated revenue cap entities are guaranteed at demand growth of between 1.8% and 2% as stipulated by the Incentive-Based Regulation (IBR) guidelines in the Second Regulatory Period or RP2 (2018 to 2020), ” it said in a statement.

TNB said it expected overall economic activity in Malaysia to gradually pick up in second half (H2) 2020 and to register a positive recovery in 2021.

TNB’s earnings took a hit in the first quarter (Q1) ended March 31,2020, due to foreign currency losses arising from the ringgit’s weakness against the US dollar and the Japanese yen.

During the quarter in review, the utility giant saw its net profit fall 54% to RM717.9mil from RM1.56bil in the corresponding period last year.

Consequently, its earnings per share fell to 12.62 sen from 27.38 sen previously.

This was due to the Imbalance Cost Pass Through (ICPT) being in a rebate position of RM307.5mil as against a surcharge position of RM1.37bil previously.

For the quarter in review, TNB posted a foreign currency loss of RM402.8mil, compared with a gain of RM207.5mil in the previous corresponding period.

TNB noted that power consumption in Peninsular Malaysia reached an all-time high of 18,808 megawattt (MW) on March 10 due to the seasonal dry spell. But the uptrend was disrupted by the movement control order (MCO), which came into effect on March 18.

“As a result, the overall electricity consumption in Peninsular Malaysia fell as businesses shut their operations in adherence to the government’s stay-at-home directive during the MCO, ” TNB said.

“TNB expects the electricity consumption to drop between 7% and 15% y-o-y for 2020, mainly due to slowdown of activities in the commercial sector, ” the group said.

Despite bracing for the impact of Covid-19 and disruptions arising from the MCO in the next quarter, TNB said the group remained on track with its strategic transformation plan, “Reimagining TNB”, and would continue its internal restructuring exercise to carve out the group’s generation and retail businesses into fully-owned subsidiaries.

As for its dividend policy, TNB president and chief executive officer Amir Hamzah Azizan reiterated that the group would honour its 30%-60% payout ratio based on the reported net profit.

Amir also noted TNB that would play its role in supporting the government’s initiatives for long-term economic recovery.

“As an essential services provider, TNB has a critical role in supporting the government’s efforts to revive the economy and assist those whose livelihoods are affected. Facilitating economic stimulus at this time should be made a priority, ” Amir said.

“For TNB, even though we are facing a hit to our revenue collection, we can remain resilient due to a robust balance sheet. Giving more now to help the nation rise out of this economic slump is going to yield better times for all of us collectively, ” he added.

In terms of international business, TNB said it would leverage on its existing UK assets and market experience to build up a sizeable renewable energy portfolio by 2021 through acquisitions of both operating assets and development of greenfield projects.

The group owns a 20% stake Tenaga Wind Ventures UK Ltd which it bought in March.

It noted that the Covid-19 pandemic was affecting the progress of the group’s initiatives to reduce its current exposure in certain overseas business. This included the restructuring and turnaround exercise and sale of investment, particularly in its 30%-owned companies in GAMA (Turkey) and GMR (India). Its UK assets, on the other hand, were insulated by the long-term subsidy scheme.

The brokerage estimated the cumulative impact of demand shortfall and customer discounts at just 4% of TNB’s 2020 earnings. The Industry Fund, boosted by over-recoveries of coal cost, should more than cover the potential shortfall in fixed regulated revenue, it said.

“Assuming a hypothetical 8% demand contraction in 2020, we estimate a potential revenue shortfall of around RM90mil at the ‘customer services’ segment. Together with the RM150mil of customer discount pledged, this represents around 4% of our forecast for 2020 pre-tax profit, ” Maybank IB wrote.

“The remaining shortfall in fixed revenue of around RM1.1bil is to be claimed from the Industry Fund, ” it added.

Year to date, coal price averaged around 16% below TNB’s reference of RM316 per tonne.

“Should this average price sustain for the whole of 2020, we estimate a potential over-recovery of around RM1.7bil, ” Maybank IB said. Cracking down on electricity theft in Sepang 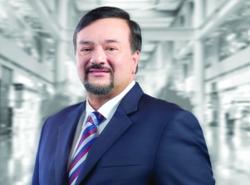