According to AllianceDBS Research, the sales tax exemption will help make up for lost sales due to the lockdown arising from the movement control order (MCO), clear inventory as well as ease the cash flow of auto players. Malaysian Automotive Association (MAA) data showed that passenger car sales in April amounted to 131 units, compared to 45,300 units in April 2019.

PETALING JAYA: The sales tax exemption for passenger cars is a much-needed boost for the auto sector that will reduce new vehicle selling prices and jump-start vehicle sales from the second half of 2020, said analysts.

According to AllianceDBS Research, the sales tax exemption will help make up for lost sales due to the lockdown arising from the movement control order (MCO), clear inventory as well as ease the cash flow of auto players.

In terms of the percentage impact on the final price of vehicles, AllianceDBS Research expects prices to be 3% to 5% lower, based on the price changes after the implementation of the Sales and Service Tax (SST).

CGS-CIMB Research highlighted that automakers are projecting reductions of 5% to 7% in average selling prices, noting that the goods and services tax-free period in June to August 2018 saw a 5.5% reduction.

“We think the non-national brands stand to benefit more from the sales tax exemption compared to the national brands mainly due to the higher absolute amount of savings for consumers.

“In addition, we expect the Japanese and European marques, such as Toyota, Honda, Mazda and BMW, to enjoy higher sales during the upcoming sales tax exemption period given that these players derive over 75% sales volume from completely knocked down (CKD) models, which are expected to enjoy the full 100% sales tax exemption, ” said CGS-CIMB.

In a move to revitalise demand in the domestic auto sector, the government had announced sales tax exemption by up to 100% for CKD passenger vehicles and 50% for fully-imported completely-built up (CBU) passenger vehicles from June 15 to Dec 31.

However, analysts do not expect robust growth in sales volume, given the potential rise in unemployment rate, consumers remaining cautious about spending on big ticket items as well as strict lending requirements from financial institutions, due to banks gradually narrowing their exposure in hire-purchase loans.

The revised TIV forecast implies an average monthly TIV of 56,000 over June to December 2020.

Meanwhile, AllianceDBS Research opined that the impact of the sales tax exemption would be more pronounced in the first quarter of 2021.

“According to our channel checks, auto players have three to four months of inventory whose sales tax is already being paid.

“This means the government has to come out with a refund mechanism.

“We think this is likely to come in the form of an offset with future sales tax payments, ” said AllianceDBS Research. 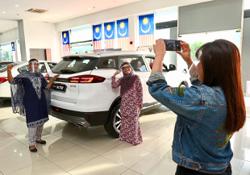 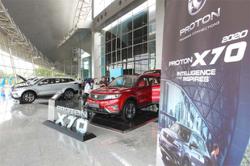 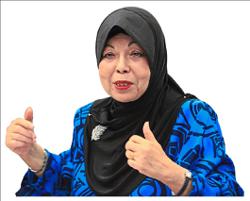