Selling briskly: Prospective buyers lined up last week for a chance to bid on 94 apartments in The Campton project, with prices starting at US$872,400 for a one-bedroom condo. — Bloomberg

Dozens of would-be buyers lined up last week for a chance to bid on 94 apartments in The Campton project in central Kowloon, with prices starting at HK$6.8mil (US$872,400) for a one-bedroom condo.

All but one of the units were snapped up in eight hours, bringing in HK$880mil for the developer, China Vanke Co.

“When the political system and economy are unstable, cash depreciates quickly, ” said a woman named Li, who joined the line in the Tsim Sha Tsui neighbourhood.

Li only wanted her surname used discussing the security law as the matter is sensitive.

“I want to use up the money for an apartment to preserve value.”

On the surface, it doesn’t seem like the best time to buy a property in Hong Kong.

The future of the former British colony is clouded by China’s introduction of the security bill, prompting the United States to threaten removal of Hong Kong’s special status.The legislation is triggering concerns about capital outflow, sparking renewed pro-democracy protests and increasing tensions in a city trying to recover from the pandemic. The economy is expected to see a record 7% contraction this year.

For some residents, the political and economic turmoil make real estate a better bet than other assets.

Last month, Sun Hung Kai Properties Ltd sold 97% of its 298 apartments at Wetland Seasons Park worth almost HK$2bil in one day, according to the developer.

Over the weekend, Sun Hung Kai sold more than 90% of 209 units in the same development, though sales were slow at a project built by China Evergrande Group.

Li, a housewife in her 40s, believes the housing market can withstand a deteriorating economy because the supply of homes will never catch up to demand.

“Hong Kong is a very small place, ” she said outside the Vanke project sales centre.

“If you look at home prices 20 years ago and now, properties bought then are all making huge profits.”

The numbers back her up.

Property prices have surged 230% since 2000, data from Centaline Property Agency Ltd show, bolstering the view of many Hong Kong residents that property will always be a haven.

Despite a contracting economy, existing home prices have risen 1.2% this year, and are the highest since November, based on the Centaline index.

Even as prices and sales have dropped in many global markets such as London and Singapore, Hong Kong recorded 6,885 property deals in May, a 12-month high as the city eases pandemic measures.

Hong Kong remains the world’s most expensive place to buy a home, according to a report by CBRE Group Inc.

“Prices have proved remarkably resilient, especially if you consider that the Hong Kong market has become a byword for unaffordability, ” said Simon Smith, head of research and consultancy at Savills Plc. Smith cites persistently low real interest rates and the city’s relatively successful handling of the pandemic to explain the market’s resilience.

In the long-run, limited supply, high demand stemming from a low rate of home ownership and close-to-zero interest rates will support the market, according to a Morgan Stanley report dated May 26 by analysts including Praveen Choudhary.

That’s not to say the property market isn’t without risks. Businesses are shutting down and unemployment is at its highest in a decade.

While job losses have mostly been in low-skilled sectors such as retail and catering, the spread of unemployment to professionals will affect their ability to repay mortgages. Savills expects residential home prices to drop 5% in 2020.

Not all projects are attracting buyers. China Evergrande Group’s Emerald Bay managed to sell just eight out of 338 units on offer Sunday, according to a source.

The apartments have been on the market for several months.

The recession and plunging retail sales have also taken their toll on real estate stocks, though they rallied last week.

The Hong Kong Hang Seng Properties Index, which includes the city’s biggest developers, has declined 18% this year versus a 12% drop in the benchmark. — Bloomberg 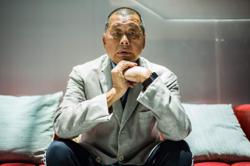