Saifuddin: What I am trying to say is we have to look at the interests of the rakyat first. The rakyat is looking for connectivity.

Communications and Multimedia Minister Datuk Saifuddin Abdullah tells StarBizWeek that while 5G is important, connectivity is the most important. He explains that here:

During the movement control order (MCO), a lot of the people rely on the Internet and one of the complaints was that services are lagging, especially for students. The MCO has demonstrated we need to have smoother and faster access, was that also a concern raised to you?

Yes. I chaired a meeting about two weeks ago with all the telcos and this was highlighted. Internet access is about traffic.

The telcos look at three components: the home, the workplace and the in-between. Because of the MCO, suddenly everybody is at home. Because of that, you have more issues with access and quality for people working from home. I’ve already told them to look into this matter.

The second part is reach to the rural areas.

There are still some black spots even in the urban and suburban areas. So connectivity and penetration needs to be addressed, we have discussed this with the telcos.

Besides that, under the economic recovery plan, the telcos will also bery offering some assistance to Internet users. It could be a continuation of what was given during the MCO. I’m sure there will be free access and free 1GB and so on.

But we need to do more than that. That is why I’m looking into the actual Internet connectivity. I think, for now, the main focus is not on 5G. I am not saying that 5G is not important.

So is the government putting 5G on the backburner?

No, it is not. The focus is to address the issue of connectivity, and this is about everybody putting resources together. The telcos are playing a very important role and have been forthcoming in spending money and resources.

What I am trying to say is we have to look at the interests of the rakyat first. The rakyat is looking for connectivity.

Are we optimising to the full assets that are already on the ground? Are all telco towers optimising their presence? Are we putting 5G on the backburner? No, it is still there. We want to roll out as quickly as possible but you know it involves cost and, as it is now, we have to look at the basic question of connectivity. 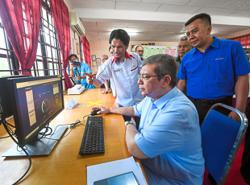 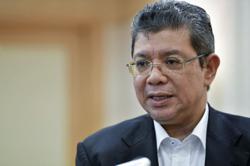