THE US dollar witnessed a sell-off, down 1.7% to 96.677, marking a two-month low as risk-on sentiment permeates global markets after US-China tension dwindled as President Donald Trump’s measures were seen not as severe as feared.

The sell-off in the dollar later intensified as incoming economic data showed signs of a global economic recovery from the coronavirus pandemic. This helped offset concerns over the worst civil unrest in the United States in decades.

Brent surged 13.19% to US$39.99 per barrel, supported by crude oil supply cuts in the previous week and improving global demand as many countries gradually lifted the lockdowns. Besides, the Brent received additional impetus following rising expectations that major producers agreed to deepen the output cuts.

The euro appreciated by 2.13% to 1.134 to a 12-week high as the European Central Bank (ECB) ramped up stimulus during its monetary policy meeting. The ECB increased its pandemic emergency purchase programme by €600bil (YTD: €1.35 trillion) to bolster the region’s economy following the pandemic crisis. The duration of its crisis bond-buying programme would be extended from the end of 2020 until June 2021, or until the bank believes the crisis is over.

Nevertheless, the ECB kept its benchmark interest rates such as the main refinancing operation, deposit facility rate and marginal lending rate at 0%, -0.5% and 0.25%, respectively, which also fell in line with expectations. The central bank now expects the eurozone economy to contract by 8.7% this year before rebounding to a 5.2% growth in 2021 and 3.3% in 2022.

The pound strengthened by 2.06% to 1.260 on the back of a weaker dollar which helped shrug off ongoing Brexit noises. There was little progress made during the UK-EU talks on a post-Brexit trade deal but UK Prime Minister Boris Johnson has pledged not to ask for an extension to prevent the UK from concluding the transition period at the year-end without a trade agreement. The deadline for the UK to ask for an extension is June 30. The yen weakened by 1.22% to 109.2 owing to weaker demand for safe-haven assets. Nevertheless, data release this week includes: (1) Jibun Bank’s Manufacturing PMI deteriorating further to 38.4 in May from 41.9 in April (cons: 38.4); and (2) May’s Jibun Bank Services PMI rising to 26.5 from 21.5 in April (cons: 25.3).

The Asia ex-Japan currencies strengthened across the board against the weaker dollar. The rupiah came in as the outperformer for the week, rising 3.52% to 14,095 as the Indonesian government unveiled a massive stimulus package worth 677.2 trillion rupiah (US$47.6bil) to anchor the virus-battered economy. Notable gains were also seen in the South Korean won, appreciating 1.50% to 1,219 and the Philippine peso that strengthened 1.22% to 49.99. Meanwhile, the ringgit appreciated 1.56% to 4.279 against the weaker dollar.

The US Treasuries curve bear steepened, rising 16.4–18.1bps on the longer end (10-year to 30-year) while the shorter end (2-year to 5-year) added 3.8–10.3bps. The selling pressure came after investors grew increasingly optimistic on the US economic recovery as states eased business lockdown measures as well as a slightly less grim jobs report.

In the GG/AAA segment, Prasarana Malaysia Bhd 2021–2050 tranches dominated the list with a total of RM325mil, trading between 2.20% and 3.97%. Meanwhile, in the AA segment, some interest was seen in Kuala Lumpur Kepong Bhd

During the week (May 29-June 4), the FBM KLCI added 104.34 pt or 7.16% to 1,561.84 pt, which was fairly consistent with the MSCI Emerging Markets Index that gained 6.85% during the same period. Globally, investors bet on a quick reopening of the economy while shrugging off the violent protests in cities across the United States and the escalating US-China tensions. Locally, investors chased up glove, tourism-related and banking stocks. In particular, glove stocks experienced heightened volatility as certain brokers in town imposed credit tightening to curb excessive speculation.

Similarly, foreign investors sold RM400mil worth of Malaysia Government Securities (MGS) in April (the latest available number), after peaking at RM12.5bil in March. YTD, the net MGS outflow was RM16.7bil.

On the back of a buoyant market, Bursa Malaysia’s average daily value traded of on-market trades surged to RM6.5bil in June (vs RM4.3bil in May) while turnover velocity increased to 101% (vs 70% in May).

During the week, 12 out of 13 sectors tracked by Bursa Malaysia recorded gains. The top performing sector was Financial Services (+12.1%), boosted by bargain hunting as value had emerged after the persistent selloff for months. Meanwhile, the worst performing sector was Telecommunications & Media (-2.2%) dragged down by the uncertainty surrounding the 5G spectrum allocation.In the coming week, investors will keep a close eye on: 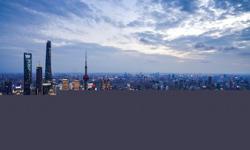 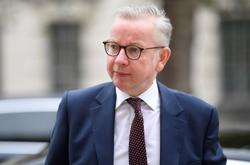