KUALA LUMPUR: The crude palm oil (CPO) futures contract on Bursa Malaysia Derivatives is likely to trade in a cautious mode next week as traders are expected to remain on the sidelines due to concerns over the stock level, a dealer said.

Interband Group of Companies senior palm oil trader Jim Teh said traders would be watching closely the announcement on the palm oil stock level for May, which is scheduled to be released on June 10.

He said the commodity price would range between RM2,200-RM2,300 per tonne next week.

"For the agriculture and food industry, RM350 million will be allocated to the Agrofood Fund loan facility to ensure the sustainability of agricultural and commodity entrepreneurs in the sector,” he said when announcing the National Economic Recovery Plan (PENJANA).

The local market will be closed on Monday in conjunction with the official birthday of the Yang di-Pertuan Agong.

For the week just ended, the market was traded mostly higher on stronger demand due to better crude oil prices and the expectation of higher exports due to tax exemption announced by the Prime Minister.

On the physical market, the CPO price for June South was RM76 higher at RM2,378 per tonne. - Bernama 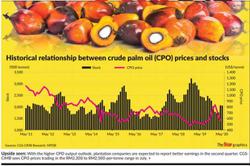 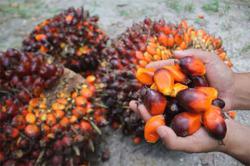