Saifuddin Abdullah: “Based on technical issues, the law and the need to follow a clear process, I have ordered the chairman of the Malaysian Communications and Multimedia Commission (MCMC) to cancel the MO and study the instruments again as soon as possible. ’’

PETALING JAYA: The government in a surprise move yesterday cancelled its own Ministerial Orders (MO) to award the prized 700MHz and other spectrum for 5G to several telecoms players just days after issuing the directive which was only posted on the regulator’s website.

No public announcement was made for the award, and yesterday, Communications and Multimedia Minister Datuk Saifuddin Abdullah issued a statement to revoke the order issued on May 15. The move has left the industry puzzled.

In the statement, Saifuddin said 18 instruments including MOs and findings regarding the usage of spectrum frequencies in the 700MHz, 900MHz and 2600MHz had been presented to him.

“Based on technical issues, the law and the need to follow a clear process, I have ordered the chairman of the Malaysian Communications and Multimedia Commission (MCMC) to cancel the MO and study the instruments again as soon as possible, ’’ he said.

This is the first in recent times that an MO has been revoked as fast as it is issued and for such an important bandwidth to be used for 5G deployment.

The turn in events over the MO was sparked on Sunday night with the industry abuzz with talk as to the need for an MO when earlier recommendations by the regulator was an open tender process. Surprisingly, none of the listed companies had come forward to make an announcement to Bursa Malaysia since May 15.

“It is the right decision to revoke the MO but this whole episode reflects badly on the process. We do not see transparency in the award when it was signed and then buried, it is such an important document until it was reported. We think the tender process is definitely the best option even if it results in a split award, ’’ said another industry executive.

The former Communications and Multimedia Minister Gobind Singh Deo also took to Facebook to voice his concerns over the award via an MO instead of an open tender. He said this “is a matter of great concern which calls for an urgent explanation”.

“Details are crucial on this very important spectrum assignment as it would have implications on the development of our digital infrastructure and our economic competitiveness. Reasons must therefore be given for the need for a direct award, the criteria used to select the providers, the revenue to the government and the benefits that Malaysians can hope to achieve, ’’ Gobind said.

During his time as minister, the approach taken was of “greater transparency and accountability”’ and not to opt for spectrum awards via MOs.

– were allotted 2x10MHz bands of the 700MHz band, while Telekom Malaysia Bhd

(TM) and Altel Communications Sdn Bhd got 2x5MHz bands each.

U Mobile and YTL Communications Bhd were left out for the 700MHz band.

Altel was also given 2x5MHz of the 900MHz band and it got the biggest block of the 2600MHz of 2x20MHz. Celcom, Digi, Maxis and U Mobile were awarded 2x10MHz each of 2600MHz, while TM via Webe Digital and YTL Communications got 1x20MHz each.

The MCMC in January said it would adopt a consortium licence for the 700MHz and 3.6GHz bands with the licence to be awarded by an open tender. Whether this is still applicable remains to be seen.

The share prices of Digi, Maxis and Axiata Group Bhd

(the parent of Celcom) fell after the cancellation. Maxis shed 11 sen to RM5.44 a share, Digi was down six sen to RM4.50 and Axiata fell seven sen to RM3.79 a share 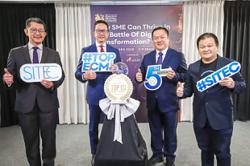 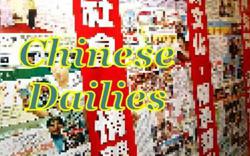