The Reserve Bank of Australia (RBA) left rates at 0.25% at its monthly policy meeting in a widely expected decision, and said the “accommodative approach will be maintained as long as it is required”.

SYDNEY: Australia’s central bank held rates at all-time lows yesterday and sounded less gloomy as the economy gradually re-opens during what is likely to be the worst quarter since the Great Depression.

The Reserve Bank of Australia (RBA) left rates at 0.25% at its monthly policy meeting in a widely expected decision, and said the “accommodative approach will be maintained as long as it is required”.

In a short post-meeting statement governor Philip Lowe said the RBA was prepared to scale up government bond purchases if needed to ensure three-year yields held around 25 basis points.

Australia’s A$2 trillion (US$1.4 trillion) economy is experiencing its biggest contraction since the 1930s in the current quarter but “it is possible that the depth of the downturn will be less than earlier expected”, Lowe added.

A significant decline in new infections, earlier-than-expected easing of restrictions and signs that hours worked stabilised in early May auger well for a recovery.

“There has also been a pick-up in some forms of consumer spending, ” Lowe added.

States and territories across Australia have been easing social distancing regulations at differing paces in recent weeks, slowly ending a partial lockdown ordered in March, having largely contained the Covid-19 pandemic.

Australia, which has about 7,200 coronavirus cases, has not reported a death from the disease for more than a week.

The country’s success in containing the virus has sent the Aussie dollar soaring to five-month highs. Yet, that is leaning against monetary stimulus and won’t be welcome by the RBA.

The central bank made no mention of the exchange rate in the statement.

Other data out on Tuesday showed government spending also added to growth in the March quarter, while companies reported better sales and profits than many expected. — Reuters 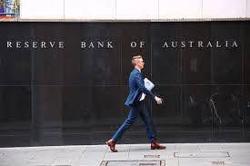 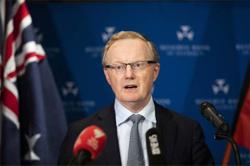 RBA: Australia to suffer ‘once in a century’ economic contraction