TOKYO: Japan’s government is said to have increased the amount of bonds it plans to issue this fiscal year for the third time in under two months, seeking to fund its unprecedented economic stimulus.

Issuance will surge to more than 200 trillion yen (US$1.9 trillion) in fiscal 2020, according to a person familiar with the matter. That’s versus 152.8 trillion yen estimated by the Finance Ministry on April 20.

Higher bond sales are set to put pressure on the Bank of Japan (BoJ) to boost its debt purchases to prevent a steep advance in yields. The central bank has already increased its buying of bonds with maturities of one to 10 years to mitigate the impact of increased government borrowing via these tenors on markets.

Issuance of six-month bills will rise by more than 30 trillion yen, according to the person. The rest of the increase will be spread over bonds with maturities ranging from one to 30 years, with the bulk of it being in shorter tenors. Japan is said not to add to its 40-year bond issuance.

“The size of increase is more than what the market had expected and will weigh on short- to medium-term sectors where investor appetite is weak due to their negative yields, ” Naomi Muguruma, senior market economist at Mitsubishi UFJ Morgan Stanley Securities Co in Tokyo.

The Finance Ministry raised its planned issuance twice in April, with the bulk of the additions being in the shorter maturities back then too.

“The market is expecting the BoJ to buy more, as its monetary measures have been less robust compared with measures taken by the Federal Reserve and the European Central Bank, ” said Eiichiro Miura, general manager of the fixed-income department at Nissay Asset Management Corp. — Bloomberg 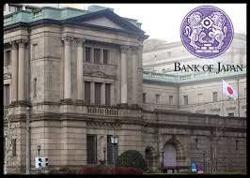 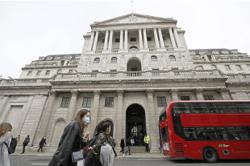