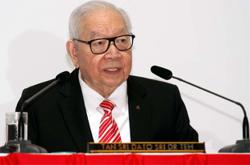 Sime Property, which is bracing for a difficult year due to the impact from the Covid-19 pandemic, said on Thursday its revenue fell by 17.1% to RM476.7mil from RM575.13mil.

Providing details of the 1Q FY20 performance, it said for the property development segment, the company has made a provision of RM10.8mil for, among others, liquidated and ascertained damages.

“The corresponding period of the previous year also recorded a one-off gain totalling RM203.4mil from the disposal of Darby Park Executive Suites in Singapore, ” it said

On the outlook, it foresees that the coming months in the current financial year will be adversely affected by the spillover effects of the pandemic on consumers’ purchasing power thereby resulting in a moderation of property sales.

“Sime Darby Property will continue to monitor the situation and will revise our financial targets, including announcement of latest sales estimates, once there is more clarity of the situation, ” it said.

However, it remains confident in its financial position, as reflected by its strong track record and a robust balance sheet.

As at March 31,2020, unbilled sales in hand were a healthy RM1.5bil, coupled with a targeted pipeline of new launches. Total bookings of RM912mil were secured and the company remains focused on converting them into signed sales and will continue driving new leads.

“The company’s bank balances also stood at RM925.5mil with solid cashflow from operations at RM120.5mil, while its net gearing ratio remained low at 0.26 times, ” it said.

During the first quarter, its property development contributed 92.4% of the total revenue, mainly derived from the City of Elmina and Bandar Bukit Raja townships as well as land sale.

It said there were positive responses from prospective buyers where the take-up rates were encouraging.

However, property sales of both landed and high-rise units declined on-year mainly due to weak consumer sentiment and the expiration of the Home Ownership Campaign (HOC) on Dec 31,2019.

It said on-site construction activities were halted for 14 days in the current quarter, resulting in delays in the delivery of projects.

“For the property development segment, the company has made a provision of RM10.8mil for, among others, liquidated and ascertained damages. The corresponding period of the previous year also recorded a one-off gain totalling RM203.4mil from the disposal of Darby Park Executive Suites in Singapore, ” it said.

Sime Property said its immediate priorities for the year will be on cashflow management, active marketing and sales campaigns, inventory management, and cost reduction.

Group managing director Datuk Azmir Merican said the company will prioritise key projects that deliver value to the stakeholders and focus on launching products that are priced competitively, in meeting customers’ needs.

“In line with the government’s incremental lifting of the MCO, the company is in the midst of commencing construction works.

“Moving forward, the company will streamline its efforts to promote the right product launches as well as improve on processes and systems. This would enable us to become more agile and adaptable to respond to the fast-paced challenges of these current times, ” he said.

Azmir said the company would also prioritise its areas of focus to what will make a difference for 2020, in particular strengthening its resilience against the global and domestic macroeconomic headwinds and the market uncertainties brought by the pandemic, which is unprecedented in its magnitude. 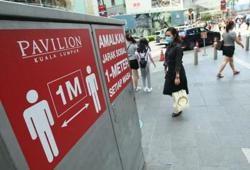