For years, the oxymoronic products were a resounding success for both consumers and financial institutions alike.

After getting almost zero interest from big US banks, individuals who parked their excess cash with the likes of Ally Financial Inc, Barclays Plc, Goldman Sachs Group Inc’s consumer bank, Marcus, or HSBC Holdings Plc’s HSBC Direct were suddenly bringing in a comparatively bountiful 2% or more around this time last year.

At that point, the Federal Reserve had raised its short-term interest rate for what would be the final time this cycle in December 2018.

The rest is history. First, the Fed felt compelled to lower interest rates three times from July through October to offset the economic impacts from the Trump administration’s trade wars.

That, as I noted in an October column, brought prevailing high-yield savings rates dangerously close to the fed funds rate. And yet, in early 2020, Marcus users could still lock in that 2% magic number by opting for a no-penalty certificate of deposit.

Then the coronavirus happened. There’s now a chasm between the fed funds rate and the going rates on some top high-yield savings accounts. The banks have so far moved lower gradually, likely to avoid sticker shock that would cause their customers to take their deposits elsewhere.

But even with online banking’s cost-saving advantages over more typical brick-and-mortar institutions, they can’t defy gravity forever. Eventually, rates will have to head closer to the zero lower bound. These savings accounts will still hang around but will hardly seem to fit the moniker of “high yield.”

Marcus announced the cut to its savings rate on May 8 with this message:

“Effective today, the rate on our Marcus high-yield Online Savings Account has been adjusted down to 1.30% from 1.55% APY. We understand that this isn’t welcome news.

During this unprecedented time, please know that the rate on our Marcus Online Savings Account remains highly competitive with an APY that’s still 4X the national average. You can rest assured that we continue our commitment to providing value and helping your money grow.”

“For a guaranteed return, consider adding a fixed-rate No-Penalty CD. You’ll earn a high-yield rate with the flexibility to withdraw you balance beginning seven days after funding. Our 7-month No-Penalty CD currently earns 1.55%.”

The marketing is top-notch. First, it’s transparent about being bad news, but then quickly pivots to play up that Marcus still provides comparatively more interest than accounts at Bank of America Corp, Citigroup Inc and JPMorgan Chase & Co. The announcement also wastes no time suggesting a no-penalty CD to make up for the lost interest (and, in a benefit to Goldman, create a “stickier” deposit).

Marcus is a relatively new venture for Goldman, and it seems reasonable to assume the investment bank will operate it with chief executive officer David Solomon’s (pic below) “evolutionary path” in mind. Goldman is looking to diversify away from historically volatile trading revenue, much like its Wall Street rival Morgan Stanley. If it means running Marcus with tight margins to keep customers in the fold, so be it. 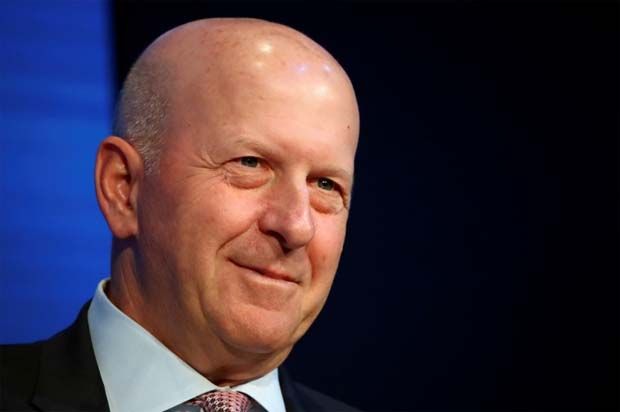 A bank like Ally, on the other hand, may have less flexibility. Heading into this year, it was fresh off of an upgrade by S&P Global Ratings to BBB-, one step above junk. That upswing didn’t last long; it was one of 13 banks that S&P put on negative outlook earlier this month. Analysts said it “could be more sensitive to the economic fallout from the Covid-19 pandemic than the average US bank. We attribute this sensitivity to Ally’s sizeable concentration in auto lending that may face heightened risk of financial distress in the current economic environment.” Also a risk: “Ultra-low interest rates will weigh on net interest income, ” which accounts for more than 70% of Ally’s net revenue.

Ally, for its part, also knows how to sell itself. “People don’t want to hear messages that are depressing and that add to their anxiety, ” Andrea Brimmer, chief marketing officer at Ally, told the Financial Brand in an article published last week. “They want to hear optimism and they want to hear about purposeful ideas that make them feel like the world is going to kind of get back to normal.” The theme of a campaign promoting its savings options: “Is your money not sure what to do with itself?”

Whether Ally, Barclays, Marcus or HSBC are the answer to that is an open question. As it stands, these interest rates barely cover the market-implied inflation rate over the next 10 years.

That’s somewhat by design, of course - the Fed cuts rates in part to encourage borrowing and purchases of riskier assets, both of which boost the economy more than parking cash in a high-yield savings account. Stocks, however, seem increasingly detached from the current economic reality. In that sense, Ally’s focus on being unsure might resonate with individual investors.

Future interest rates on high-yield savings accounts are on equally shaky ground. While there’s not much in the way of precedent, it’s safe to say they’ll continue to offer more than the rock-bottom rates on money-market funds. Banks will probably do whatever they can to delay going below 1%, a round number that could be the last straw for some individuals. Other than those parameters, though, anything is possible; such is life at the zero lower bound. — Bloomberg

Brian Chappatta is a Bloomberg opinion columnist covering debt markets. He previously covered bonds for Bloomberg News. He is also a CFA charterholder. The views expressed here are the writer’s own. 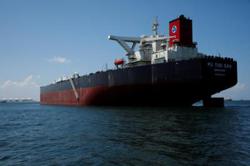