Governor Datuk Nor Shamsiah Mohd Yunus said PFIs have approved more than 20,000 applications amounting to about RM10bil with an approval rate of nearly 90%.

PETALING JAYA: Given the overwhelming demand for the Special Relief Facility (SRF), Bank Negara has upsized the fund by another RM5bil to RM10bil.

However, the new allocation has been fully utilised to cater for all the applications approved by participating financial institutions (PFIs) as at May 4.

Governor Datuk Nor Shamsiah Mohd Yunus said PFIs have approved more than 20,000 applications amounting to about RM10bil with an approval rate of nearly 90%.

“We will honour the amounts already approved by the PFIs as at May 4 when the RM5bil limit has been met and this would mean that our SRF allocation would be increased to RM10bil, ” she said.

The SRF was made available since March 6 and Nor Shamsiah said the central bank and PFIs have worked swiftly to implement the facility to ensure that small and medium enterprises (SMEs) would benefit immediately despite the movement control order (MCO).

The focus now is to expedite the disbursement in line with the relaxation of the MCO and the reopening of the economic sectors, she added.

However, the industry has asked for the central bank to further increase funds for the SRF.

“The RM10bil can only benefit 20,000 SMEs. With at least 300,000 potential SMEs that can apply for the SRF, we hope allocation for the SRF can be increased to RM50bil, ” said SME Association of Malaysia president Datuk Michael Kang.

Several SMEs have shared that their applications for the loan were rejected despite applying for the SRF as early as March.

“We applied for the SRF a few days after it was announced. Our documentation was in order and we applied to a few banks. One bank said the application would be easier if we were an existing customer.

“Another bank took a long time processing our application. We had to follow up with them a few times a week.

“Finally, about two weeks ago, they told us our application was rejected because there were no more funds, ” said a Penang-based company representative. 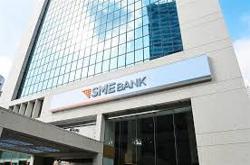