LISBON: Portugal’s Mello family has survived two world wars, nationalisation and an international bailout. Their strategy of sticking together and getting the timing right on some key decisions looks like it has paid off once again, even in the midst of a global pandemic.

The billionaire clan, which played a central role in Portugal’s industrialisation, late last month agreed to one of its largest ever divestments: the sale of a stake in Brisa-Auto Estradas de Portugal SA, valuing the country’s biggest toll-road operator at more than €3bil (US$3.3bil).

The transaction, which has yet to be completed, was agreed even as the crisis caused by the coronavirus outbreak crippled deal making globally.

“Adversity is not a new phenomenon for us,” Vasco de Mello, chairman and chief executive officer of family holding company Jose de Mello Group, said at a conference last week. “We’ve gone through regime changes, colonial wars, economic crises, nationalisations and the group has always demonstrated the ability to overcome it.”

Mello has said the proceeds from the Brisa deal - around €1.2bil according to Bloomberg calculations - will enable the group to trim debt and invest in existing and new businesses. He’s declined to give details, with any decision having to be discussed at a family strategy council that regularly gathers the 12 Mello siblings.

“This is a group that rebuilt itself under very difficult times and is used to dealing with uncertainty and turbulence,” said Miguel Figueira de Faria, a Portuguese historian and author of books on the clan. “The family’s success has come from their ability to remain united, a strong culture with links to the past and deals that proved to be right.”

The family’s role in Portugal’s economy dates back to Alfredo da Silva, one of the nation’s first captains of industry.

The outspoken Silva, with his distinctive mustache, used to say that “what the country doesn’t have, CUF creates.”

By the early 1970s the family employed about 110,000 people in more than one hundred companies, accounting for about 5% of Portugal’s gross domestic product.

In 1974, the Mellos lost control of most of their companies in Portugal after a revolution toppled a four-decade dictatorship.

Some Mello family members and other wealthy Portuguese fled the country, while others were arrested.

The family began to return in the 1980s, investing in new companies and taking part in a privatization program after Portugal joined the European Union in 1986.

“The nationalizations represented a gigantic destruction of capital for the country and, obviously, for the family,” said Mello. “It was necessary to rebuild the group and my father was truly the rebuilder.”

In 2007, they avoided losing hundreds of millions of euros by selling a 3% stake in Banco Comercial Portugues SA before shares in the country’s largest listed bank slumped.

Five years later, as Portugal struggled with the euro-area crisis and one of the worst recessions in decades, the Mello family and Arcus Infrastructure Partners LLP made a joint bid for Brisa. — Bloomberg

The Mellos also control Bondalti SA, Portugal’s biggest chemical company and a major producer of chlorine; a network of hospitals and assisted-living homes; a wine producer and a stake in engineering firm Efacec Power Solutions.

The Mello brothers lead different businesses: Vasco is Brisa chairman, Salvador heads the health unit, Joao is in charge at Bondalti while Pedro runs the wine business and is also head of the family council. With the group set to face new investment choices, Vasco de Mello said that senior family members are considering giving more power to the next generation.

There are more than 100 Mello family members today. Once a year, they meet at the Monte da Ravasqueira family estate, about 126 kilometers (78 miles) east of Lisbon and famous for its namesake wine.

“We’re reviewing and reformulating our family protocol, which is already 20 years old,” Vasco de Mello said. “In the future, there’ll also be the presence of the next generation.” 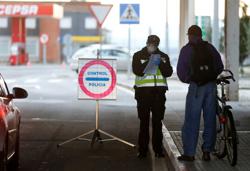 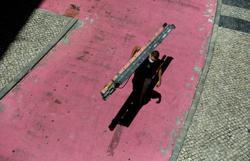 Portugal brings back some coronavirus lockdown measures in Lisbon 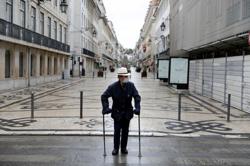