More traffic: MahB is undertaking some mitigating measures to counter the effects of the Covid-19 pandemic. Maybank Investment Bank research says the worst is likely over for it

’s (MAHB) passenger traffic is expected to continue being affected this month, due to the extension of the government’s conditional movement control order (MCO).

However, on a month-on-month basis, passenger traffic should see some improvement, said AllianceDBS Research.

“This is because local airlines have commenced flights to key domestic routes with minimal frequencies from April 29,2020. At the moment, airlines are not allowed to carry more than half the maximum number of passengers per trip.”

“We expect the drop in passenger traffic and revenue, coupled with a relatively high fixed cost base, to trigger a net loss in 2020. The group’s upcoming first-quarter results will likely be weak y-o-y, reflecting the fall in passenger movements starting March 18.”

AllianceDBS Research said the losses should be heaviest in the second quarter, with sharply lower traffic in April and May.

“In response, the group is undertaking some mitigating measures such as seeking Malaysian and Turkish government approvals to defer payments of revenue share and concession fees, as well as targeting to reduce its non-essential operating costs by 20%.” More traffic: MAHB is undertaking some mitigating measures to counter the effects of the Covid-19 pandemic. Maybank Investment Bank Research says the worst is likely over for it.

MIDF Research said passenger traffic will see a nascent recovery in the second half of 2020, provided that the Covid-19 pandemic subsides.

“Our basis for the upside in the second half comes after airlines in China such as Air China filled domestic schedules for the week-long May holidays that offer similar capacity to 2019 levels, a remarkable sign of planned domestic aviation recovery.”

The research house said the flight resumption patterns established in China may offer some guidance to the rest of the world, just as China’s strict containment measures have also provided cues to efforts elsewhere.

“Henceforth, we believe that Malaysia’s containment efforts will likely flatten the rate of infection, enabling MAHB’s passenger traffic Malaysia to hit the 70.7 million mark in 2020 before recovering in 2021.”

On a 12-month basis, the total MAHB network of airports registered 121.6 million passengers, which was a decline of 10% over the same period last year.

It said the MCO meant flights were initially restricted to repatriation operations, to and from international sectors and for ongoing rescued Malaysians travellers to the domestic sector.

Maybank Investment Bank Research said the worst is likely over for MAHB.

“In Malaysia, local airlines recommenced limited flights to key domestic destinations from April 29 and will recommence more flights if permitted by the government. Duty-free shops at its Malaysian airports have also been allowed to reopen.” 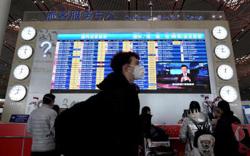 China plans to extend curbs on international flights until June 30: US embassy

Saudi Arabian airlines to resume some domestic flights from May 31 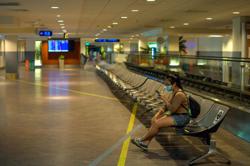