Why the best is no better than the rest

Those of us who believed the Hollywood mythology of “one for all and all for one” as in “Saving Private Ryan” cannot imagine that America is willing to sacrifice more than 100,000 lives to the pandemic in order to re-open the economy earlier. Has money become so important that human lives no longer matter?

WE live at a moment in time when the old model and values do not work anymore.

When US President Donald Trump proclaimed America First, he could not imagine that the United States would be first in the number of coronavirus infections (over 1.2 million) and most deaths (over 70,000).

Few could have imagined that the most powerful economy with the best scientists, technocrats and universities can be brought down in a matter of months from near full employment to a “90% economy”, with more than 30 million unemployed.

Those of us who believed the Hollywood mythology of “one for all and all for one” as in “Saving Private Ryan” cannot imagine that America is willing to sacrifice more than 100,000 lives to the pandemic in order to re-open the economy earlier.

Has money become so important that human lives no longer matter?

American capitalism works on the basis that all people are free to pursue their goals, so the best and most competitive can rise to the top, study at the best universities and become No. 1.

Competitive freedom is at the heart of a meritocratic and technocratic society. As long as the country is run by the best and brightest, there will be a better, freer world. But history has shown that what looks best may not be better than the rest of us.

British sociologist Michael Young invented the word meritocracy in his 1958 satirical book “Rise of the Meritocracy, 1870-2033”. He argued, “today we frankly recognise that democracy can be no more than aspiration, and have rule not so much by the people as by the cleverest people; not an aristocracy of birth, not a plutocracy of wealth, but a true meritocracy of talent.”

Young foresaw that the rise of the meritocratic class would divide society into an elite and a populist non-elite who come to realise that the elite would govern not in society’s interest, but in their own narrow interest.

This assumes that profitable and efficient companies will create value for shareholders and society. In practice, many managers used valuable corporate cash for share buybacks to prop up the value of their share options, sell out valuable assets to maintain quarterly earnings and sack staff whenever profits are threatened.

The best is not working for the rest when they are looking out for their own interests first.

In his latest book on the current American order “The Storm before the Calm (2020)” geopolitical strategist George Friedman correctly identified that since 1980, new technology has divided America into a technocracy class, product of the best universities, and the rest, mostly working in the old industrial economy that is losing both market share and value.

The technologists include financial engineers, filmmakers and tech savvy generation that benefit from the massive increase in leverage, asset and tech bubbles in valuation. The losers were the largely white middle class trapped in the low-tech and marginalised industrial/agriculture bases.

As political scientists Jeff Colgan and Robert Keohane (2017) argued in “The Liberal Order is Rigged” - “elites have taken advantage of the global liberal order - sometimes inadvertently, sometimes intentionally - to capture most of the income and wealth gains in recent decades, and they have not shared much with the middle and lower classes.”

Today, the pandemic has brutally exposed this fault-line between the prosperous “best” technocracy and the precarious rest. The lockdown split the economy into its viable online segment and the fragile off-line majority where most people work. In the post-coronavirus economy, Big Tech companies will thrive, whereas Industrial Age companies that depend on high density crowd revenue such as mega-malls, cruise ships, airlines and tourism will suffer. Unfortunately, many small businesses and workers have not fully learned the online technology.

This raises a fundamental question of social fairness. Can we still afford to pay very high salaries to financial engineers, when the ability of banks to make money is less dependent on public deposits and more on central bank monetary creation? Why should public health workers, who put their lives on the line in the pandemic, be paid significantly less than software technicians? The market cannot price in the social value of different jobs. If socialists demand minimum wage, surely to be fair, some caps on non-socially useful salaries could be considered?

The big winners in the post-coronavirus era will be big government and big Tech. This is because the government will rely on technology to deal with four major expenditures going forward. The first urgent cost is in keeping firms and jobs alive during the lockdown. The second is the funding and investments that may be necessary to keep some viable firms to transit into profitable post-coronavirus businesses. The third are the losses of the non-viable businesses. The fourth (and possibly the most important) is the education, training and re-skilling of employees out of the dying businesses into the new post-coronavirus businesses. But the best technology may not require so many new jobs.

All this suggests that the post-coronavirus economy will have very large government spending and deficits well in excess of the 5%-10% of GDP deficits as in the 2008 crisis. Short of a miracle in vaccine discovery, how businesses can re-open will depend very much on the quality of government regulations on health and social distancing. Adapting in order to survive means that we need to build in redundancies and spare capacity to be resilient to future shocks. What is resilient is not the most efficient. There are no “best solutions” going forward.

The pandemic shows that the best cannot be the enemy of the good. The best has to take care of the rest. This means cooperation, empathy and putting people first. Our hearts go out to the hundreds of thousands who have to die to prove that America First is not wrong.

If that is best, I don’t want that model.

Tan Sri Andrew Sheng writes on global matters from an Asian perspective. The opinions expressed are solely that of the writer. 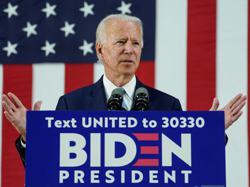 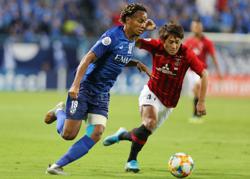 Asian Champions League to resume in hubs in September, October