KUALA LUMPUR: Two of corporate Malaysia’s biggest players in the power and telecommunication sectors respectively have appointed a new chairman.

In a statement yesterday, TNB said Mahdzir was no stranger to the national electricity industry as he was previously the deputy minister of Energy, Green Technology and Water Ministry from May 2013 to July 2015.

Given that he has broad knowledge of the electricity industry, TNB president and chief executive officer Datuk Seri Amir Hamzah Azizan said Mahdzir’s leadership would help transform the company to be among the top-10 utility companies in the world by 2025.

“I would like to convey my gratitude to Tan Sri Ahmad Badri who had also served as a TNB board of director, representing the Ministry of Finance since Nov 1,2018.

“His leadership, guidance, knowledge, advice and commitment have greatly benefitted us all, ” he added.

Meanwhile, Mahdzir, who was the former Kedah Mentri Besar, holds a Bachelor’s Degree in education from Universiti Sains Malaysia. Previously, he had helmed various leadership positions such as chairman of Muda Agricultural Development Authority (Mada) and the Kedah Regional Development Authority (Keda). He also assumed the role of deputy chairman of Tourism Promotion Malaysia for the Tourism Ministry.

(TM), effective May 11,2020, succeeding Rosli Man, according to a Bernama report. 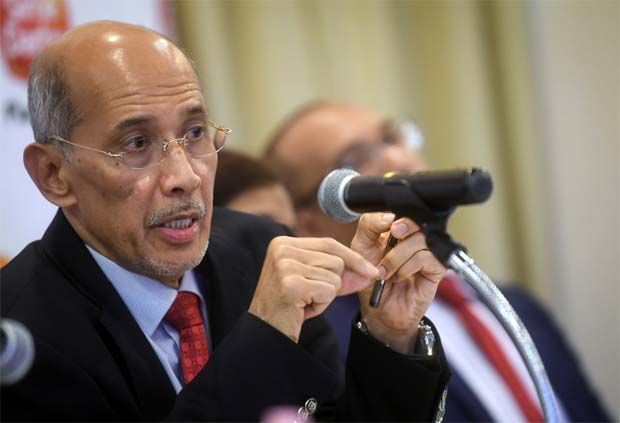 In a statement, TM said Mohd Bakke, a highly respected corporate figure with extensive experience, is known for upholding governance and integrity.

“We look forward to his guidance, counsel and leadership as the company continues on its transformation journey and next phase of growth.

“This is in keeping to our institution being the key enabler of Malaysia’s Digital Nation aspiration by delivering on our promise towards Making Life and Business Easier for a Better Malaysia, ” it said in a statement yesterday.

Rosli Man was appointed as chairman of TM Board in December 2018. “During his chairmanship, Rosli is instrumental in positioning TM to be the National Telecommunication Infrastructure Provider or InfraCo, and preparing the group at the forefront of the nation’s 5G infrastructure roll-out, ” it added.