while lowering the target price to RM16.70 from RM18.20 as the insurer braces for a challenging 2020, especially in general insurance sales.

The research house said on Monday new sales from life insurance will moderate, but contributions from policies in effect should cushion the temporary hiccup.

“We believe it will weather through the economic shock, and long-term prospects remain intact. Allianz remains our preferred insurance sector pick, ” it said.

While the agency division is still able to generate some level of new business during the MCO period by leveraging on the digital platform, bancassurance (with HSBC) sales have slowed significantly since April.

“We opine the impact is negligible as Allianz has so far received only RM3m in applications (2019’s gross written premiums (GWP) were at RM2.7bn). Policyholders must repay the three-month outstanding premiums after the moratorium ends, or Allianz will charge the premiums against policyholders’ fund value, ” it said.

“Allianz does not foresee any spike in withdrawal and lapse rates. As such, we believe 2020 GWP could possibly still see mild positive growth, despite a likely contraction in annualised new premiums, mainly on contributions from its existing in-force policies.

“Earnings will likely come under pressure, as 2019 earnings were boosted by a one-off liability release and some very sizeable fair value gains, notwithstanding the projected slower topline growth, ” RHB Research said. 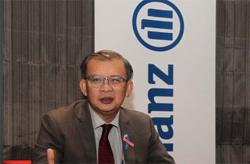 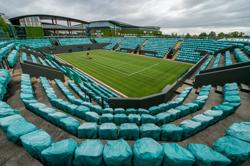 Game over for sports betting on coronavirus insurance