“As a prudent measure, the group has decided to recognise a RM3.3bil provision for impairment on goodwill and property, plant and equipment. The impairments were necessary due to the prolonged recovery expected in the oil and gas industry, " Sapura Energy said.

sank into the red in the financial year ended Jan 31,2020 posting net losses of RM4.56bil due to a RM3.3bil provision for impairment.

The global integrated oil and gas services and solutions provider announced on Wednesday the net losses for FY20 was in contrast with a net profit of RM207.55mil in FY ended Jan 31,2019.

“As a prudent measure, the group has decided to recognise a RM3.3bil provision for impairment on goodwill and property, plant and equipment. The impairments were necessary due to the prolonged recovery expected in the oil and gas industry.

“In addition, a provision of RM439mil was recognised in anticipation of extended delays towards completion of current projects arising from the Covid-19 global pandemic and taking into consideration current market conditions, ” it said.

Sapura Energy said revenue gains were recorded on the back of increased project execution in its engineering and construction segment. Revenue was RM5.5bil in FY2020.

In the fourth quarter, it sank into the red with net losses of RM4.23bil compared with net profit of RM500.42mil a year ago.

The group’s orderbook currently stands at RM13.5 billion. The group remains focused on pursuing new opportunities in various regions including the Middle East, Africa and Americas, it said.

Details of performance in FY2020

Meanwhile, in the notes to the accounts, it said under the continuing operations for the engineering and construction in FY20 reported a loss before taxation, after impairments of RM1.92bil. This was higher by RM1.35bil compared with RM568.9mil a year ago.

The segment revenue of RM5.51bil was 50.4% higher from a year ago in line with higher activities during the current year.

Sapura Energy said the impairments were necessary due to the prolonged recovery expected in the industry.

An additional provision of RM438.8mil was recognised in anticipation of delays and prolonged durations to current projects arising from restricted movement and lockdown measures in multiple jurisdictions brought about by the Covid-19 global pandemic, as well as taking into consideration current market conditions

It recorded a loss before taxation, after impairments for the current year of RM2.15bil, which was higher by RM924.6mil compared with RM1.23bil a year ago.

In FY20, the segment incurred RM77.8mil mainly due to the write off of an unsuccessful exploration well as well as higher depletion, depreciation and amortisation of expenditure on oil and gas properties. During the year, the segment reported higher production following the start-up of the operated SK408 Larak gas field.

It said in FY19, the segment recorded revenue of RM936mil and a profit before taxation of RM88.6mil. However, there was none in FY20 after the disposal of 50% equity stake in Sapura Upstream Group in Q4 FY2019.

Included in FY19 profit before tax was the gain on disposal of 50% equity stake in a subsidiary of RM2.66bil. 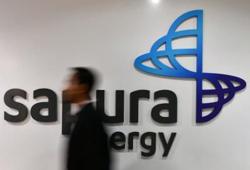