What the CEOs say

About 95% of the chief executives surveyed feel the domestic economy will further deteriorate in the coming months with the coronavirus (Covid-19) pandemic prolonging.

They expect lower revenues for their companies and profit meltdowns, while retrenchment is on their minds as economic activities slow down.

The Vistage-MIER CEO Confidence Index plunged to 26.9 points in early second quarter of the year (2Q20), which is by far the lowest reading on record since the inception of this survey in 2003. In comparison, it was 90.1 points in the same quarter a year ago.

A total of 750 CEOs responded to the survey and Vistage Malaysia has more than 800 members with a combined annual revenue of RM70bil and over 120,000 employees.

Most CEOs do not think that their companies’ cash flow can sustain their business operations for more than six months.

Half of the CEOs surveyed said they were in the process of applying for financial support from the various agencies and also for bank loans/overdraft facilities.

The top-three priorities post-movement control order is to change their business model, move to e-commerce and have stricter credit control. They are also warming up to the idea of flexi working hours.

Also this week, the Malaysian Institute of Economic Research in its best-case scenario projection said it foresees a full recovery in economic activity, including trade and investment, in the third quarter of 2020, further strengthening in 2021.

In the worst-case scenario, its forecast is that production and trade may not fully recover by 4Q20 and into 1Q21 as well. With that, the real GDP is expected to contract by 1% relative to 2019 and -4.9% relative to the 2020 baseline. 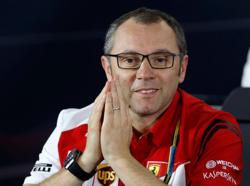 Former Ferrari team boss Domenicali to be next F1 CEO