“The local hotel sector is projected to lose RM3.3bil in revenue by June 2020 as a result of the MCO.” - Yap Lip Seng

PETALING JAYA: Malaysia’s hotel average occupancy rate is expected to plummet to below 30% this year, due to the adverse impact of the Covid-19 pandemic on the hospitality sector.

“Tourism Malaysia reported 26.1 million tourists into Malaysia last year, with the top-three contributors being Singapore (10.16 million), Indonesia (3.62 million) and China (3.11 million), ” he said in a note to StarBiz.

Yap said the high dependency of Malaysia’s tourism on these three sources that command approximately 64% of the entire market leaves industry stakeholders vulnerable to external threats such as the Covid-19 outbreak.

“It can also be translated that Malaysia would have lost at least 60% of tourism business for the year 2020, ” he said, adding that the average occupancy rate recorded by hotels under MAH last year was 59.99%.

For now, Yap said the local hotel sector is projected to lose RM3.3bil in revenue by June 2020, as a result of the movement control order (MCO) which has been extended to April 28.

“Based on 2019’s report by Tourism Malaysia, accommodation (staying at hotels) took 24% of tourist expenditure, the second highest after shopping at RM20.67bil. With such losses on the books, the industry is forced to take drastic action to minimise losses. The need to survive such economic pressure is unprecedented.” He added that employers have been forced to implement cost-cutting measures that are not meant to increase profits, but instead minimise losses and that meant survival.

“In general, payroll costs of budget hotels are approximately 25% of revenue, mid-range hotels at 32% and high-end hotels at 29%. These represent one-third of what the hotels are not making, and hence, the difficult decision to impose pay cuts and unpaid leave in order to retain jobs instead of terminating or laying off employees.

“As of March 20,2020, MAH’s survey revealed that 9% of hotel employees had already been given pay cuts, 17% sent on unpaid leave and a worrying 4% laid off. These numbers would have grown by now, ” he said.

Separately, Yap said the move to utilise hotels as quarantine centres for Malaysians returning from abroad is unlikely to have a significant boost on the industry.

“The revenue from this is not expected to move industry numbers, but it is of help to the hotels participating, considering there is almost no revenue at all during the MCO period.”

He said MAH had been approached by the Tourism, Arts and Culture Ministry to source for hotels at all of the country’s entry points. Initially, the hotel list provided by MAH topped 10,000 rooms, with the government committing RM150 per room per night, complete with three meals. 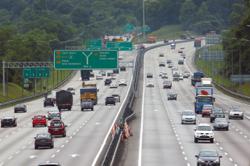