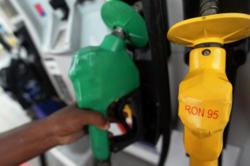 A sharp fall in petrol and diesel prices was a key factor in the lower inflation rate in March.

KUALA LUMPUR: Malaysia’s inflation rate fell by 0.2% in March, in line with RAM Ratings’ forecast, due to a decline in the transport index as fuel costs fell.

The Statistics Department said on Wednesday the inflation rate, as measured by the Consumer Price Index (CPI) fell to 120.9 as against 121.1 a year ago.

Commenting on the March CPI when compared with a year ago, Chief Statistician Datuk Seri Dr Mohd Uzir Mahidin said out of 552 items covered in the CPI, the price of 337 items increased in March 2020 from a year ago.

On the contrary, 163 items declined while 52 items were unchanged.

“Based on the performance of 552 items by category of goods and services, non-durable goods (296 items) is a category that experienced the most price increase with 195 items, 84 items decreased and 17 items were unchanged as compared to services, semi-durable goods and durable goods, ” he said.

He also said the lower average price of RON95 in March 2020 which recorded RM1.74 per litre as compared to RM2.08 a year ago also contributed to the decrease of the Transport and overall index. 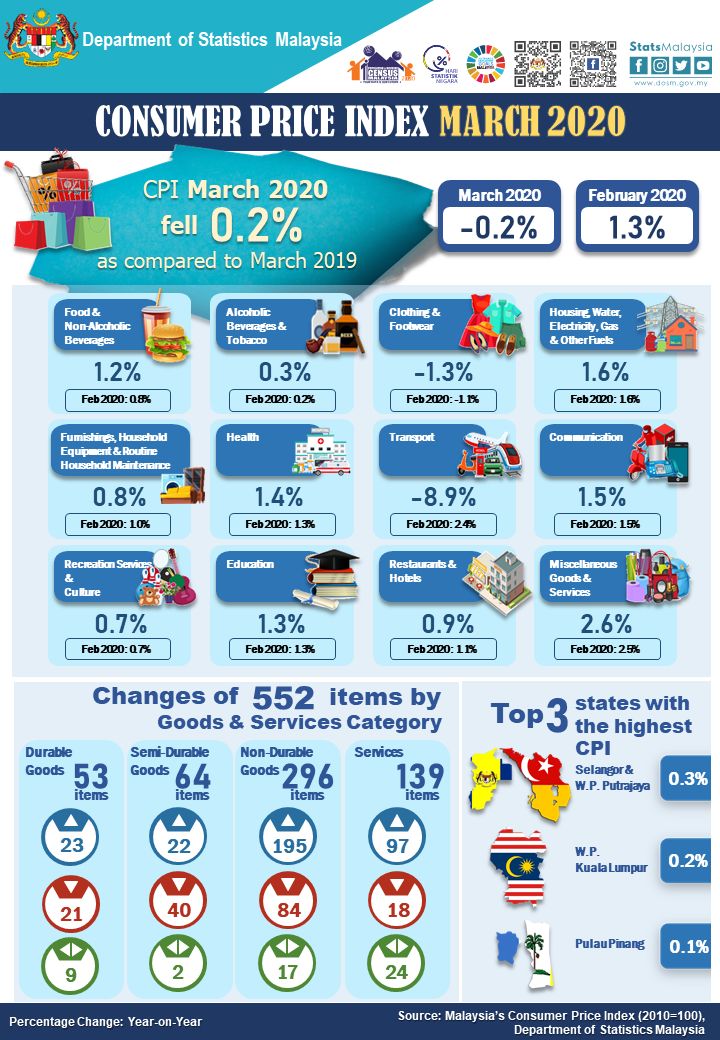 Among the states, Selangor and Putrajaya recorded a 0.3% increase, Kuala Lumpur 0.2% and Penang 0.1% from a year ago.

As for Food & Non-Alcoholic Beverages, the department said all states registered an increase with the highest from Selangor & Putrajaya (1.8%), Johor (1.8%) and Terengganu (1.6%) and it surpassed the national index of 1.2%.

On April 20, RAM Ratings revised downwards its headline inflation projection for 2020 from 0.7% to 0.0% due to weak global oil prices, subdued demand and generous discounts for household electricity bills.

It envisaged a deflationary trend in the second and third quarters of this year.

RAM Ratings said a key trigger of the downward revision is the likelihood of a deeper and more persistent weakness in oil prices amid a supply glut.