The Sabah government is expected to begin collecting the five per cent sales tax on petroleum products on or before May 28 for the April sales, Chief Minister Datuk Seri Mohd Shafie Apdal said.

KOTA KINABALU: The Sabah government is expected to begin collecting the five per cent sales tax on petroleum products on or before May 28 for the April sales, Chief Minister Datuk Seri Mohd Shafie Apdal said.

Mohd Shafie, who is also state finance minister, said the Sales Tax (Rates of Tax) Order 2018 on petroleum products, namely crude petroleum oil and natural gas/liquefied gas, was gazetted on Dec 6,2018 and came into force on April 1 this year before being published in the Government Gazette dated April 2.

He said the Sabah Finance Ministry, through a letter dated April 1,2020, had notified nine companies that were the beneficial owners of the state’s Production Sharing Contract (PSC), including Petronas Carigali Sdn Bhd and Petronas Floating LNG 1 (L) Ltd, of the tax imposition.

"The state finance ministry had also sent a similar letter to Petroliam Nasional Bhd (Petronas), which is the owner of oil and gas blocks in Sabah for their attention and cooperation, ” he said when winding up debate on a motion of thanks for the Sabah Yang Dipertua Negeri Tun Juhar Mahiruddin’s address at the State Assembly here on Tuesday.

He said, hence, in line with Section 10 (1) of the State Sales Tax Enactment 1998, the companies were asked to apply for the state’s sales tax licence and register as taxable entities with the Sabah Finance Ministry.

"No person (entity) can operate any business selling or supplying taxable petroleum products unless they have the state’s sales tax licence, he said.

As at April 20, the State Finance Ministry has received a licence application and has been contacted by seven out of nine PSC-beneficial owners for further information, he said, adding that the tax manual has been distributed to all related companies, including Petronas.

He said it is an offence under Section 31 of the State Sales Tax Enactment 1998 if a taxable person (entity) failed or refused to register and if convicted, can be fined up to RM50,000 or jailed not exceeding three years or both.

Meanwhile, Mohd Shafie said assuming the crude oil price stayed around US$24 per barrel, Sabah is expected to collect RM1.6 billion from oil royalty and sales tax by year-end.

"If the price stays at US$24 per barrel, the state government can collect about RM50 million every month from this five per cent sales tax for the state’s revenue, ” he said. - Bernama 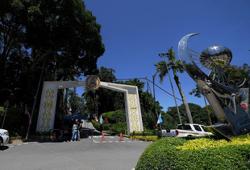