By ROYCE TAN and GANESHWARAN KANA 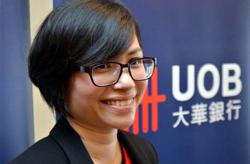 PETALING JAYA: A rebound in Malaysia’s economy is more than likely by next year, but to hit a gross domestic product (GDP) growth of 9% may seem far-fetched.

Economists remained cautious about the recovery post-coronavirus disease (Covid-19) outbreak and the movement control order (MCO). They agreed that the International Monetary Fund (IMF) was too optimistic.

In its World Economic Outlook report published on Tuesday, the IMF projected a rebound in the country’s GDP growth from a contraction of 1.7% this year to a growth of 9% next year.

This is also higher than its global gross domestic product (GDP) growth estimate of 5.8% in 2021, from -3% this year.

The projections were based on the assumptions that the pandemic would fade in the second half of this year and disruptions concentrated in the second quarter for most countries.

The IMF pointed out that there is extreme uncertainty around the strength of the recovery, depending on the pathway of the pandemic and the severity of the associated economic and financial consequences.

Alliance Bank chief economist Manokaran Mottain said the country is in a different scenario compared with the 2008 to 2009 Global Financial Crisis (GFC).

“We’ve recovered quite well in 2010 after the GFC because we spent a lot of money then. In this case, a lot of businesses have been hurt and whatever stimulus packages that were provided, it will take time for them to really digest and rebound to pre-Covid times, ” he said.

Manokaran estimated a 2.5% contraction in GDP this year with four quarters of negative growth followed by a soft recovery next year at 4% to 5%.

He also expected a larger unemployment rate in the range of 4% to 5%, worse than the Asian Financial Crisis of 1998 and the GFC, attributing this to bleeding bottom lines especially from the small medium enterprises (SMEs) and the unprecedented MCO.

He noted that Covid-19 and the MCO had moved a huge chunk of business operations online, which could be a new normal, allowing corporates to cut operating costs.

“If you look at China, among the sectors that recovered immediately were e-commerce, Internet of Things and artificial intelligence. Indirectly, most economies will be pushed to consider IR4.0 type of businesses, ” he said.

UOB Malaysia senior economist Julia Goh said the GDP is expected to rebound to 4.3% in 2021 from a 3.5% contraction this year.

“We keep a more cautious stance for now given that broad risks are tilted to the downside. We think there is still much uncertainty about the strength of recovery post-pandemic, ” she said, adding that all main sectors should drive the rebound in 2021, with services and manufacturing taking the lead as they were among the hardest-hit sectors.

MIDF head of research Imran Yassin Yusof said there would be lingering fear of Covid-19 post-MCO and it would wane in the second half when economic activities normalise. “We expect domestic consumption post-MCO to provide support (to the GDP) and this should also support the retail sector.

“Other sectors such as construction and manufacturing which were stalled due to the MCO will also return, ” he said.

Meanwhile, Moody’s Investors Service –one of the world’s Big Three rating agencies – said the government’s stimulus packages worth RM260bil will not be able to rescue the country from a sharp economic slowdown in 2020.

It forecast that the country’s economic growth could slow to between 0% and 1% this year, before rebounding to around 5% in 2021.

“The broadening of Covid-19 into a global pandemic, coupled with temporary but severe movement restrictions and closure of non-essential businesses will sharply reduce economic growth.

“Export-oriented and tourism sectors, including the electrical and electronics industry which accounts for around 30% of the country’s goods and services exports, will be hit hard by weak global demand, while domestic services will be constrained for as long as movement restrictions are in place, ” it said yesterday.

Malaysia’s exports were forecast to post their worst performance since 2009 with a significant contraction, although a sharp rebound is expected next year.

However, she said gas exports are expected to increase.

On the bright side, Fang said that growth potential in 2020 is still higher than similarly-rated A3 peers.

He also said the government’s stimulus measures could shore up domestic demand amid major headwinds, although it would come at a cost - rising fiscal consolidation challenges over the next few years.

Fang pointed out that the country’s fiscal consolidation efforts have been off track since 2018.

“Fiscal and debt metrics will deteriorate this year because of weak growth, lower oil prices and fiscal stimulus to support the economy, ” he said.

“This will result in the government debt burden rising to close to 60% of GDP in 2020, above the 36% median for A3-rated peers and the government’s self-imposed ceiling of 55%, which applies only to its direct debt.

“Our estimate assumes that the government reallocates part of its expenditure in its initial 2020 budget, including fuel subsidies, to the economic stimulus.

“The one-off, temporary nature of the stimulus, with only one-tenth of the package involving direct spending by the government, limits the scope for substantial and sustained fiscal slippage while providing some support for domestic demand, ” stated the rating agency.

Looking ahead, Moody’s cautioned that Malaysia’s fiscal and credit profile remains susceptible to a sustained period of weak global demand and oil prices.

This is further worsened by the country’s revenue base that has narrowed and its dependence on oil and gas revenue has increased over the past two years, following the abolishment of the goods and services tax (GST) by the former Pakatan Harapan government. 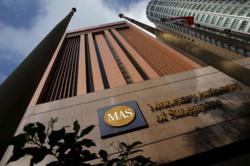 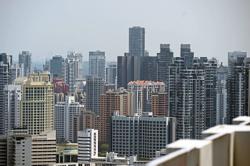