Crest Builder is planning a mixed commercial development called Latitud8, which is a joint-venture project with Prasarana Malaysia. Building on top of the Dang Wangi LRT station, the project has a gross development value (GDV) of about RM1.1bil and is scheduled to be launched by the end of 2020. (Pic shows an artist's impression of The Bank, Crest Builder's 43-storey project atop the Dang Wangi LRT station)

PETALING JAYA: Construction companies may need to step up after the movement control order (MCO) is lifted to clear the backlog in jobs that they were unable to undertake during that period.

’s management told AmInvestment Bank that its “construction projects were 10%-15% ahead of schedule in average prior to the MCO, but post-MCO, construction jobs will need to increase their work shifts to clear backlogged work”.

The construction outfit also said that its engineering division has secured some small projects during the MCO.

“Although small in amount, the revenue would be able to cover some of its costs during the MCO, ” AmInvestment Bank noted in a report yesterday following a recent engagement it had with the group’s management on the impact of Covid-19 and the MCO.

Going by this, AmInvestment Bank said it is making no changes to its FY20-FY22 earnings forecasts at this point.

“To recap, we have cut our FY20-FY21 earnings by 6.8% respectively in our previous sector report dated April 9,2020 to reflect the impact of the MCO and its spillover effects on the economy, which may result in lower revenue recognition.

“We believe Crest Builder’s medium-term outlook is positive, anchored by several construction wins in the past few months while the upcoming launches will be among its major earnings contributors beyond FY21, ” it said in a report yesterday.

Moreover, the research firm pointed out that the company also has stable income from its concession arrangement.

Crest Builder manages the concession, in which it has a 51% stake, of the 5,000-student capacity UiTM Tapah 2 campus with the Ministry of Education and Universiti Teknologi Mara (UiTM).

The UiTM Tapah campus receives an annual concession income of RM43.5mil (until January 2034).

According to the research firm, management indicated that there has been no disruption of income from the concession despite the MCO.

As for its property development division, Crest Builder is planning a mixed commercial development called Latitud8, which is a joint-venture project with Prasarana Malaysia.

Building on top of the Dang Wangi LRT station, the project has a gross development value (GDV) of about RM1.1bil and is scheduled to be launched by the end of 2020.

The group is also planning another mixed development in Kelana Jaya, comprising retail units, serviced residential suites and offices. The project has a GDV of about RM1bil and is targeted to be launched in 2021.

“The stock is currently trading at an undemanding forward PER of 4.0 times-5.8 times for FY20-FY22. This offers a potential upside of more than 100% and a dividend yield of 5.3%. Maintain buy.” 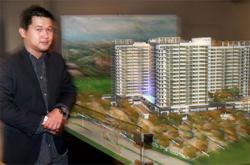 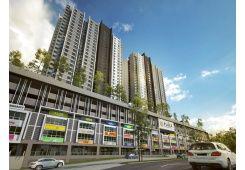 Good news for Glomac with construction works back