IOIProp’s Lee made VC while Voon joins as CEO “As the executive vice-chairman of IOIProp, Lee will be responsible for strategic direction in sustaining the overall growth of the group, ” the company said in a statement.

It said his redesignation would see him relinquish his position as the CEO.

Meanwhile, Datuk Voon Tin Yow would be appointed as IOIProp’s CEO from the same date, the statement said.

Voon, 63, has 35 years of working experience in the construction and property development industry.

Voon was previously working as director in EcoWorld Development Group Bhd and EcoWorld International Bhd since 2015 and 2017, respectively, the statement said.

He resigned from the board of both companies in Feb 2020, it said.

Voon was executive director at S P Setia Bhd and held the post of chief operating officer from 1996 to 2014, during which he also served as the acting president and CEO from May 2014 to Dec 2014, the statement said.

At S P Setia, Voon had overseen the development of the entire ecosystem to establish the company’s policies and procedures.

The statement also said that Voon was instrumental in leading the Malaysian consortium comprising S P Setia and Rimbunan Hijau Group to jointly develop the China-Malaysia Qinzhou Industrial Park in China with a Chinese consortium.

“As CEO of IOIProp, Datuk Voon will now be responsible for the overall management of the business in its various segments of property development, property investment as well as hospitality and leisure, ” IOIProp said.

The company also said Voon would take the helm in executing strategies to deliver sustainable growth for the company. 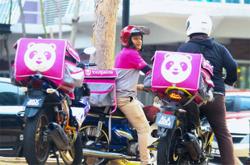