NEW YORK: Morgan Stanley, Credit Suisse Group AG and Haitong International Securities Group were among the biggest participants in a series of margin loans to Luckin Coffee Inc’s founder before accounting fraud allegations at the high-flying Chinese company triggered a collapse in the stock and caused him to default, a person with knowledge of the matter said.

The banks were part of a group that extended margin debt to Luckin chairman Lu Zhengyao across three funding rounds, said the person, who asked not to be identified as the matter is private.

Haitong put up US$140mil, while Morgan Stanley and Credit Suisse lent about US$100mil each, the person said. Barclays Plc, Goldman Sachs Group Inc and China International Capital Corp also had smaller exposures, the person said, adding that a portion of the loans were repaid before the default.

Goldman Sachs said in a statement on Monday that an entity controlled by Lu’s family trust reneged on US$518mil of margin debt and that lenders had seized as many as 76.4 million Luckin shares.

The stake was worth about US$335mil based on the closing price on Monday, down from more than US$2bil before the scandal broke.

It’s unclear whether the banks have sold the shares or whether they’ll be forced to book losses on their loans. Goldman, which didn’t elaborate on individual banks’ exposures, was given the role of handling the share disposal.

Barclays’ and Goldman’s exposure to the margin loan was about US$70mil each, people familiar who asked not to be identified said.

Haitong International didn’t respond to emailed questions from Bloomberg News, while the rest of the banks declined to comment.

Luckin, the biggest challenger to Starbucks Corp in China, has lost US$5.5bil of market value since last week after saying its chief operating officer and some of its employees may have fabricated billions of yuan in sales, upending what was supposed to be one of the country’s best growth stories.

The episode has dealt another blow to banks that worked closely with Luckin on its expansion over the past years, including arranging its initial public offering. Credit Suisse, which also led a group raising convertible debt for the coffee chain, has been sued over its role in Luckin’s US share sale.

Shares of CICC and Haitong International, which also helped underwrite Luckin’s IPO, fell more than 4% in Hong Kong on Tuesday. Trading in Luckin’s stock was suspended in New York.

Goldman Sachs said lenders have full recourse to claim money back from Lu and his spouse, but it’s unclear whether the couple still has enough assets to make up for any potential shortfall. The scandal has erased most of Lu’s wealth, knocking him out of the ranks of China’s billionaires — Bloomberg 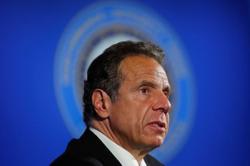