Nearly half of global coal plants will be unprofitable this year

Two bulldozers were unloading coal into a truck in at Tanjung Bruas Port at Melaka. - The Star filepic

LONDON: China and other countries could be planning to build more coal plants to stimulate their economies in the wake of the novel coronavirus pandemic but nearly half of global coal plants will run at a loss this year, research showed on Wednesday.

China has over 1,000 gigawatts (GW) of coal-fired power, accounting for about 60% of the country’s total installed generation capacity and around 100 GW under construction.

London-based environmental think tank Carbon Tracker analysed the profitability of 95% of coal plants in operation or planned around the world.

It looked at 6,696 operational plants and 1,046 in the pipeline and found that 46% will be unprofitable this year, up from 41% in 2019, based on estimated revenues from wholesale power markets, ancillary and balancing services and capital markets, as well as running costs, carbon pricing and pollution policies.

That will rise to 52% by 2030 as renewables and cheaper gas outcompete coal, the think tank said.

China, which produces and consumes about half the world’s coal, might be considering building more coal plants to stimulate its economy in the wake of COVID-19, after the National Energy Administration announced it was ready to relax rules on coal power investment, the report said.

Nearly 60% of China's existing coal plant fleet is running at an underlying loss, it said.

China has 99.7 GW of coal under construction and another 106.1 GW in various stages of the planning process but 61% of that would enter the market with negative cashflow, it added.

"China and other governments may be tempted to invest in coal power to help their economies recover after the COVID-19 pandemic, but this risks locking in high-cost coal power that will undermine global climate targets," said Matt Gray, co-head of power and utilities at Carbon Tracker.

Governments and investors building new coal may never recoup their investment because coal plants typically take 15 to 20 years to cover their costs, the report said.

A separate report by environmental groups in March said China's recorded 106 GW of coal-fired power capacity in pre-construction development last year marked a surge of 46% from 2018, indicating the country plans to add more coal plants in the next Five-Year-Plan period.

Global coal use in electricity generation must fall by 80% below 2010 levels by 2030 to limit global warming, according to the U.N.’s Intergovernmental Panel on Climate Change.

Institutional investors are increasingly divesting from fossil fuel companies due to the risk their assets will become stranded as tougher emissions cut targets discourage their use and renewable energy becomes even cheaper. - Reuters

Russia fails again at U.N. ahead of last-ditch vote on Syria cross-border aid 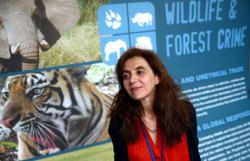