As for e-commerce, it is gaining traction in consumer staple space as more consumers turn to online shopping to procure their household food necessities. This will mainly benefit large scale consumer staple companies (Nestle and F&N) with established brands which are well-integrated into a number of major e-commerce platforms

In its research note on Wednesday, it believed the resilience of consumer staple stocks has already been priced in at current valuations (35 times one-year forward P/E, slightly higher than its five-year mean).

However, the depressed valuations of consumer discretionary stocks (13.6 times one-year forward P/E, trading below two standard deviations from its five-year mean) under its coverage could persist in the near-to-medium term.

Its preferred picks are:

i) DKSH (Add, TP: RM4), which should benefit from higher marketing and distribution activities due to better sales at supermarkets and hypermarkets.

ii) Power Root (Add, TP: RM2.20), which should also benefit from higher sales of its 3-in-1 beverages due to a higher proportion of in-home beverage consumption.

(Add, TP: RM0.75), which should benefit from inelastic demand for fresh produce (eggs, chicken and vegetables) from its captive market (East Malaysia).

The research house said despite some delays owing to the MCO, CCK will continue its expansion plans to add another five new outlets by 1H21 (8.3% growth from 61 stores currently).

At 7.4 times CY21F P/E, it believes CCK is undervalued as it is trading at a 78% discount to the weighted average of CGS-CIMB’s Malaysia consumer sector coverage.

“We expect this to translate to a surge in demand for food products, benefiting manufacturers (dry and/or frozen) such as Nestle, Kawan Food and Power Root.

“While fresh food producers such as CCK and QL have also reported a surge in demand for poultry goods especially eggs from retail customers, this is likely to be mitigated by lower demand from the hospitality industry (food services, hotels, etc.).

“As DKSH is the largest distributor for numerous consumer and pharmaceutical brands in Malaysia, the surge in the demand for grocery items should also translate into higher revenue for the company during this period, ” it said.

While it thinks consumption patterns of consumers may change as a result of slower discretionary spending (less out-of-home spending on food), sales of consumer staple companies should remain defensive as any decline in demand from this will be mitigated by higher food purchases for home consumption.

As for e-commerce, it is gaining traction in consumer staple space as more consumers turn to online shopping to procure their household food necessities.

This will mainly benefit large scale consumer staple companies (Nestle and F&N) with established brands which are well-integrated into a number of major e-commerce platforms (such as Lazada and Shopee).

Other F&B companies, such as Kawan Food, are also offering customers the option to purchase products on their own websites, and have also ramped up online promotions during the MCO.

“Nevertheless, we believe that e-commerce contribution to F&B companies under our coverage remains small, which we estimate to be below 5% of their FY19 revenue, ” CGS-CIMB Research said. 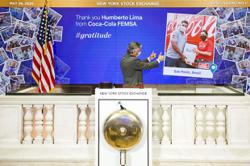 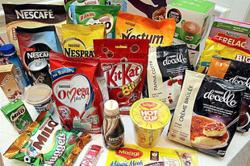