Thailand’s richest person, Charoen Sirivadhanabhakdi, who controls retail and real estate conglomerate TCC Group, has lost $7.5 billion this year from his fortune and is now worth about $12.1 billion

THE Tangs are a classic Singapore power couple. Gordon, a former professional windsurfer and avid sailor, and his wife Celine moved from China in the 1990s, founded trading firm Tang Dynasty and then established a real estate empire.

Their SingHaiyi Group Ltd. invests in commercial and residential properties in the island state and has expanded to the U.S. and Australia. Neil Bush, brother of former U.S. President George W. Bush, is on the board, where Celine serves as group managing director.

Then the coronavirus pandemic hit.

The value of their holdings in four real estate investment trusts has dropped by more than $300 million this year, according to data compiled by Bloomberg. These include a stake in Suntec REIT, owner of One Raffles Quay, and OUE Commercial REIT, which has properties across Singapore and Shanghai. Another of their investments -- Eagle Hospitality Trust -- suspended trading last month after Bank of America Corp. demanded immediate repayment of a $341 million loan.

The pandemic and the drastic containment measures has roiled REITs, long considered a safe haven because of their high yields and prosperous property markets. The 249 REITs trading on stock exchanges across the Asia-Pacific region have posted an average decline of 25% this year, wiping $100 billion from their market value.

"Due to Covid-19, the cashflow of various businesses has been be disrupted and that could in turn put some pressure on rental income, ” said Christine Li, head of research for Singapore and Southeast Asia at Cushman & Wakefield Plc. "Yet it’s still too early to assess how various landlords, particularly the retail landlords, will be impacted in the short term.”

They’re far from the only wealthy clan to take a hit from the coronavirus and its impact on real estate. The pain is global. U.S. REITs have tumbled as stay-at-home orders threaten shopping malls, hotels and office buildings, and mortgage payments.

Thailand’s richest person, Charoen Sirivadhanabhakdi, who controls retail and real estate conglomerate TCC Group, has lost $7.5 billion this year from his fortune and is now worth about $12.1 billion, according to the Bloomberg Billionaires Index. That’s in part because of investments in REITs, including Frasers Hospitality Trust.

Singapore’s Ng family -- worth $14 billion and behind property developer Far East Organization -- is down more than $250 million after stock in Far East Hospitality Trust fell 43%.

Singapore REITs, which offer the region’s highest yields, may be hit harder by the virus than the 2008 financial crisis, according to Jefferies Financial Group Inc. The nation has enacted some of the toughest measures globally to combat the pandemic, including banning all social gatherings in private and public spaces.

Still, Celine Tang views real estate as more than just an investment, and one that won’t go away.

"It’s everyone’s dream to own his or her own home -- this is something tangible that lasts, ” Tang told the Straits Times in an interview last year. "For some it marks a coming-of-age milestone, and creates a sense of belonging. This is why property ownership is a long-term trend that will never die out.” - Bloomberg 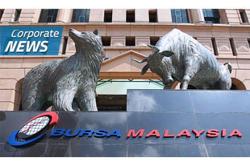 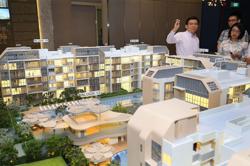 Family fortunes across Asia take a beating from $143b Reit rout 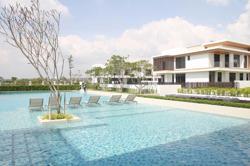