KUALA LUMPUR: The domestic equities market erased its earlier loss and ended in positive territory ahead of a special announcement by the government later today.

Prime Minister Tan Sri Muhyiddin Yassin is due to address the nation at 4pm today with regards to the stimulus package to mitigate the effects of the conronavirus shutdown on the economy.

The broader region was slightly more optimistic on Monday as the worldwide number of new coronavirus infections and death toll slowed, although Singapore, Indonesia and the Philippines reported a rise in cases.

At 12.30pm, the FBM KLCI was up 4.66 points to 1,335.31, defying selling pressure as oil prices retreated on fears that an anticipated deal between oil producers was not materialising.

Gaining counters outpaced decliners 512 to 207 while 301 were unchanged.

In the morning session, there were 2.83 billion shares exchanging hands for a value of RM1.13bil.

Top traded stocks in the sector were Hibiscus Petroleum up four sen to 49 sen, SAPURA ENERGY

gaining one sen to 10.5 sen and Bumi Armada 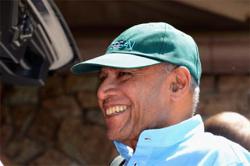