continued its uptrend in early trade Thursday after its chairman raised his stake in the company.

Datuk Awang Daud Awang Putera, who was appointed as executive chairman on Tuesday, has raised his stake in Minetech. He is also the co-founder of Serba Dinamik Holdings Bhd 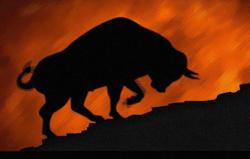