Timely help for households and employees

When the announcement that the movement control order (MCO) was to be extended by an additional two weeks, hairdresser Nick broke into a sweat and began to make a mental calculation to see if he has sufficient funds to tide over his loss of income for four weeks.

The initial two weeks were bad enough, with overheads like rent and wages to pay for.

Nick’s staff are equally worried, and pray that they will not be laid off during this period.

Nick and his employees are some of many in the services sector who are primarily affected during this Covid-19 pandemic.

The loss of income throughout the MCO period is a huge burden for many in the bottom 40 (B40) and medium 40 (M40) segment, who lack financial buffers to meet debt obligations.

In particular, borrowers who are part of households with a monthly income of less than RM3,000 are deemed to be susceptible to financial distress, given their limited financial buffers to weather potential shocks. 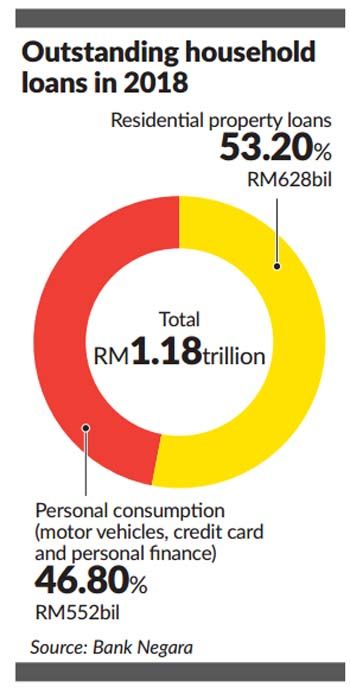 According to Bank Negara’s Financial Stability and Payment Systems Report for the first half of 2019, the leverage of this group of borrowers continued to rise as a result of more accessible housing loans from the various assistance schemes introduced in recent years, despite greater constraints on their ability to borrow.

The central bank highlighted that some households were showing signs of difficulty in servicing their debt, especially among low-income borrowers with personal financing, and borrowers with larger housing loans above RM500,000 and who are more dependent on variable income sources.

As such, the six-month loan repayment moratorium period for individuals as well as small and medium enterprises (SMEs) provides relief to borrowers who are unable to finance their repayment obligations due to income loss from the MCO.

This also allows borrowers to have more cash in hand to purchase daily essentials.

Additionally, the B40 and M40 groups stand to benefit from the National Caring Aid (Bantuan Prihatin Nasional)’s mandate announced yesterday to provide a one-off cash payment totalling RM10bil, which reaches out to private employees, farmers and fishermen.

However, from the employers’ perspective, there are limitations to some of the National Caring Aid measures.

For one, the National Caring Aid lacked incentives or assistance for employers to continue paying full wages and retain employment.

One of the measures under the National Caring Aid, where the government will subsidise wages of RM600 a month for three months for employers with a 50% drop in business since January 1, for workers with a salary of below RM4,000, excludes the participation of many employers.

“It is not only the SMEs who are suffering from the MCO.

“Big corporations, especially those in the tourism and services sectors are facing many challenges.

“The fixed costs of these corporations are very high, and with the decline in revenue, it is challenging to continue paying full wages and not retrench employees during the MCO.

“This should have been addressed by the government, ” says Shamsuddin.

He adds that the potential scenario of more than 2.4 million employees being retrenched may occur, if the government does not offer any assistance to the wider circle of employers.

The Malaysian Association of Hotels (MAH) opines that industries directly impacted by the outbreak of Covid-19 may need a little bit more than the National Caring Aid.

The payroll subsidy of RM600 a month was below what the hotel industry expected.

The hotel industry had earlier proposed a minimum of RM1,000 per employee, or a minimum equivalent of 50% of employee’s monthly pay for a period of six months.

This is in response to a much lower occupancy rate projected for the coming months, in light of the global scenario.

In a press release yesterday, MAH president Kamaruddin Baharin explains that the average occupancy for Malaysia is not more than 25% in June, if the MCO ends on April 14 and the spread of Covid-19 is under control.

He says, “Recovery is not expected till the third quarter with the industry putting hopes in the year-end holidays to ease up on accumulated losses for the year.”

The association also reminds the federal government that the multi-level discount increases for electricity depending on consumption should also be extended to Sabah and Sarawak, where energy is managed separately, and not by Tenaga Nasional Bhd

According to MAH, 2,041 employees of the industry had been laid off due to economic pressures and the extended MCO.

Besides that, 9,773 employees were given unpaid leaves and another 5,054 took pay cuts.

This number is based on sampling size of 56,299 and is set to grow over the next few months.

Meanwhile, the Federation of Malaysian Manufacturers (FMM) is of the view that the RM600 wage subsidy should have been extended to all employees regardless of wage level and be an automatic subsidy without the need for companies to prove reduction in earnings by 50%.

FMM had proposed for a 30% wage subsidy by the government on a tripartite shared basis with employers and employees.

“FMM had hoped for a complete exemption from contribution to the Employees Provident Fund (EPF) until end of December 2020 instead of the currently announced deferment/restructuring/ rescheduling option of payment which would still tie employers down financially.

“The increase in electricity discounts appear to only benefit domestic and low voltage users which would not cover the major industrial and large users who would be impacted most by the interruptions to operations, ” it says in a press statement yesterday.