PLB Engineering has signed a Memorandum of Understanding with China Railway Engineering Corporation (M) Sdn Bhd (CRECM) to form a special purpose vehicle (SPV) for the sole purpose of carrying out rehabilitation works on the Jelutong dumpsite in Penang.

Scomi Group, which had in May last year planned to make a cash call to raise up some RM214mil to pare down its debts, has decided to call off the multiple corporate exercises.

Tex Cycle Technology, which specialises in the recycling and recovery of scheduled waste, is forming a joint venture company (JVco) with EFS Revision Energy Sdn Bhd to expand its renewable power generation business.

AirAsia and AirAsia X announced that BDO Governance Advisory Sdn Bhd, which was in charge of conducting an independent review on corruption allegations related to the Airbus scandal against their co-founders Tan Sri Tony Fernandes and Datuk Kamarudin Meranun, has given the duo the all clear.

Meanwhile, US markets declined 4% on Friday amid ongoing concerns over the impact on the economy caused by the coronavirus.

“Following the volatile trading in global markets, the FBM KLCI remains uncertain and could hover above the support of 1,280 points,” JF Apex said. 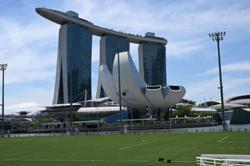