Bank Negara’s decision to cut the SRR by 100bp on Thursday followed a 50bp SRR cut in November 2019.

KUALA LUMPUR: Bank Negara Malaysia’s move to cut the statutory reserve requirement (SRR) by 100 basis points will bring about several benefits by releasing this liquidity into the banking system.

Maybank Investment Bank Research said the freeing up of RM30bil or 1.5% of total deposits by reducing the SRR to 2%, could firstly assist in improving net interest margins (NIMs) once the additional funds are invested.

Secondly, the funds could assist in shoring up liquidity coverage ratios (LCR) that have declined over the past three months due to customers shortening the tenure of fixed deposits.

Thirdly, the funds could provide some buffer should there be a surge in liquidity outflows, especially as foreign investors exit the local markets.

To recap, Bank Negara’s decision to cut the SRR by 100bp on Thursday followed a 50bp SRR cut in November 2019.

“We estimate the 100bp cut alone to free up RM15b in liquidity while together with the latter move, Bank Negara estimates the release of about RM30bil.

“The RM30bil represents just about 1.5% of total deposits and is not too material, in our view. Moreover, based on our channel checks, there is sufficient ringgit liquidity in the banking system.

“With the recent cut, banks have another RM29.4bil of SRR with Bank Negara. The lowest the SRR has ever been is 1% back in 2009 i.e. post Global Financial Crisis. Nevertheless, taking it to 0% cannot be ruled out, which would free up another 1.5% of total deposits, ” it said. 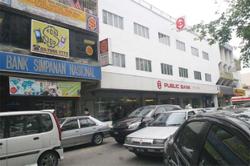